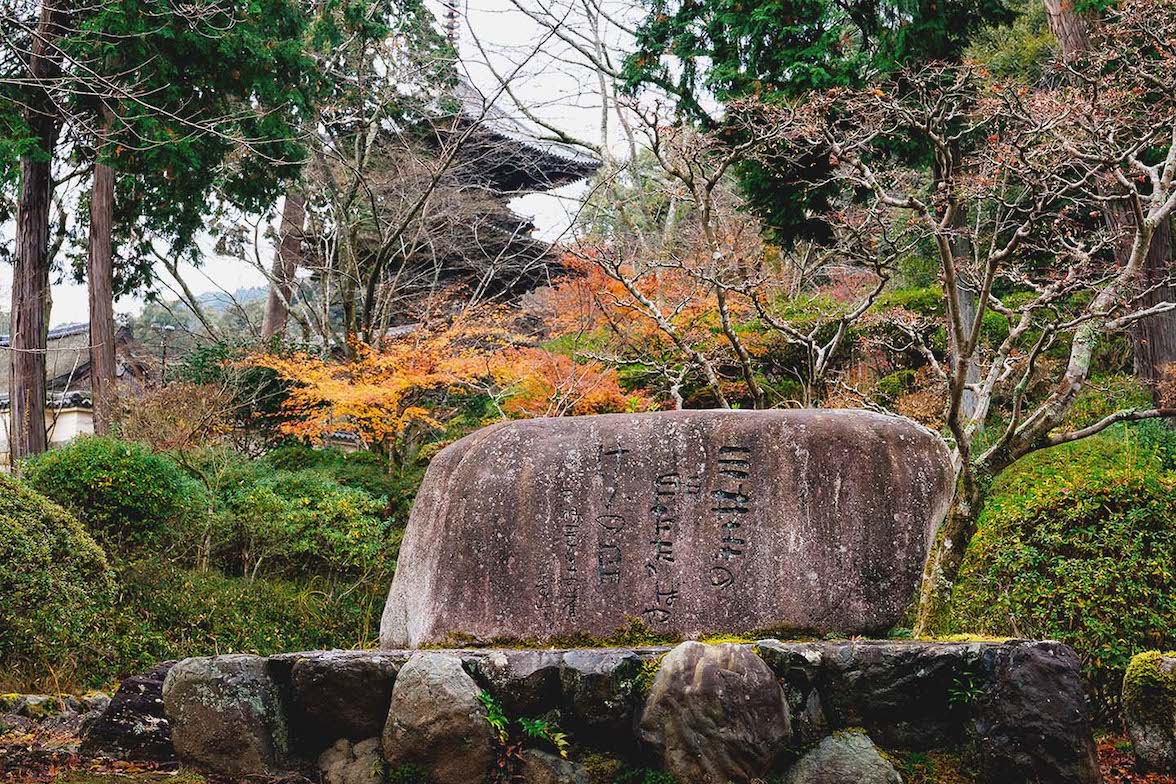 On the night of the full moon in August in 1691, the day of the harvest moon, a moon-viewing haiku poet gathering splendidly took place at the Mumei-an in Kisozuka.
For haiku composers, August in the lunar calendar meant “exclusively poetry about the moon” and “only the moon in your mind”; therefore, the haiku poet gathering was full of excitement and thoroughly refined.
Reaching its peak, all participants sailed on Lake Biwa on a boat. A haiku poem that Matsuo Basho composed on the boat, looking at Miidera Temple with the moonlight was “Let us bang the gate of Miidera Temple and tell the monks in ascetic practices that the harvest moon is out.” You can imagine merry Basho who was drunk with not so strong sake.
This haiku is believed to have mirrored a poem composed by Jia Dao, a poet of the Tang dynasty China: “Trees dwelled by birds on the riverbank and a monk bangs a gate under the moon.” Basho’s haiku implies, “Let us bang the gate like an ancient Chinese monk did.”