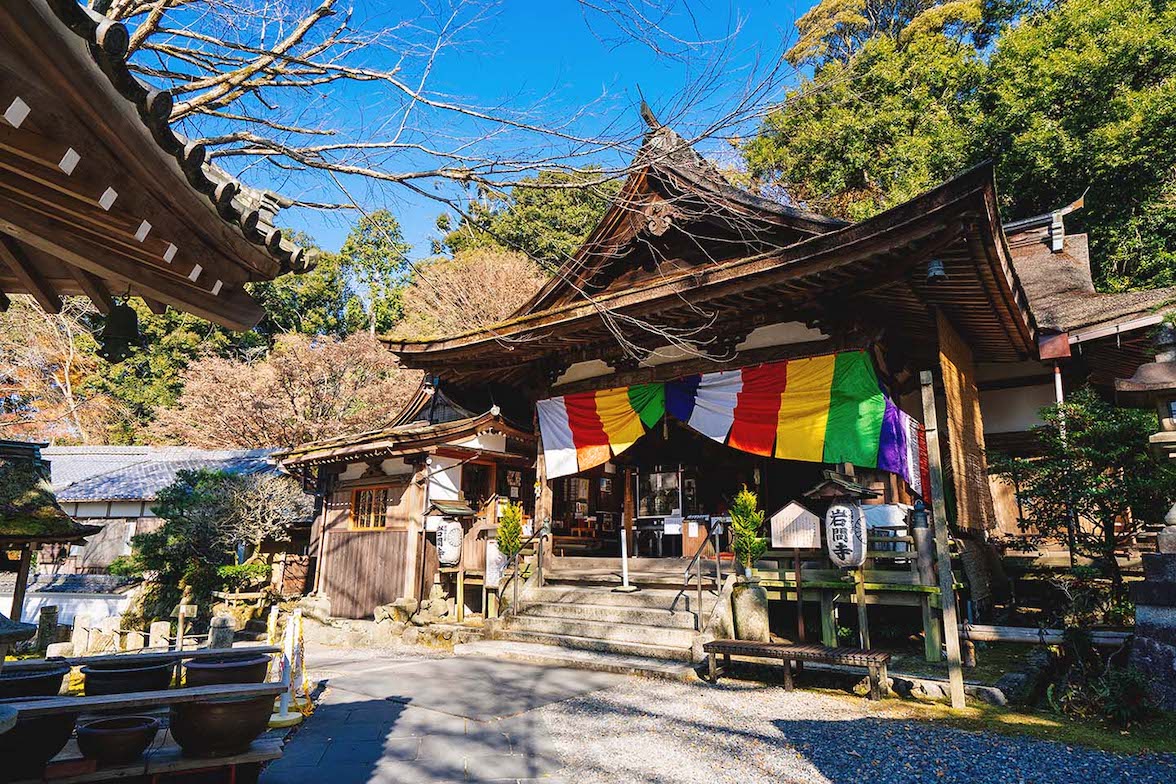 This is Shohoji Temple.
It was built on the mountainside of Mt. Iwama with an elevation of 443 meters between Kyoto and Shiga. Its official name is Iwamasan Shohoji Temple. The temple is a popular place for worship as the 12th stop on the Saigoku 33 Kannon Pilgrimage. It was founded in 722 when the priest Taicho conducted ascetic practices and enshrined a thousand-armed Kannon there. The principal image, the statue of the thousand-armed Kannon Bodhisattva, is said to leave the temple every night to go around 136 hells to save people from suffering and sweat all over the body so that another name “Asekaki Kannon”, a sweat Kannon, is also familiarly known.