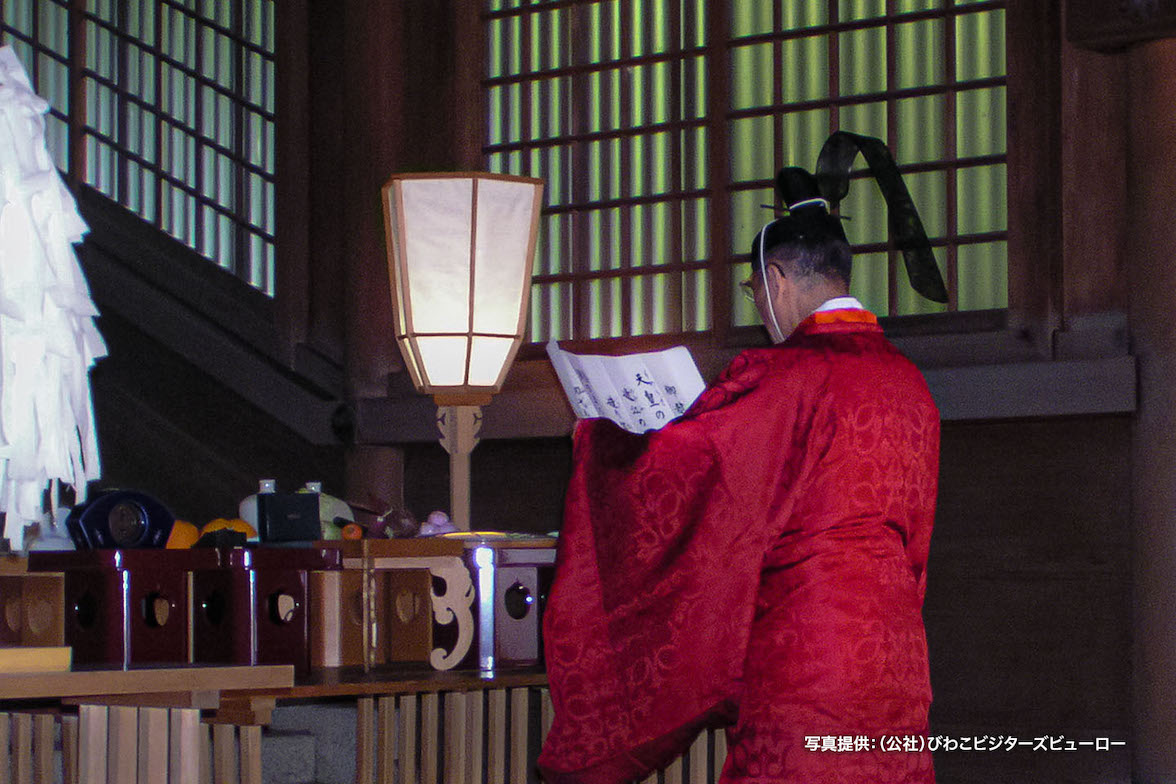 This is a festival held at Omi Jingu Shrine and Iwai Shrine that have a deep connection with Emperor Tenji.
According to The Chronicle of Japan, Emperor Tenji used a water clock and announced the time to the citizens in Otsukyo by bells and drums for the first time in Japan on April 25, 671 which is June 10 in the solar calendar. In 1920, the anniversary of time was enacted as June 10 by the government to commemorate the great work of Emperor Tenji and to promote rationalization and improvement of living by respecting time.
Participants include watch dealers at the festival, and Shinto rituals are conducted such as thanking the ancestor deity of time, donating clocks and playing Japanese classical music, gagaku.