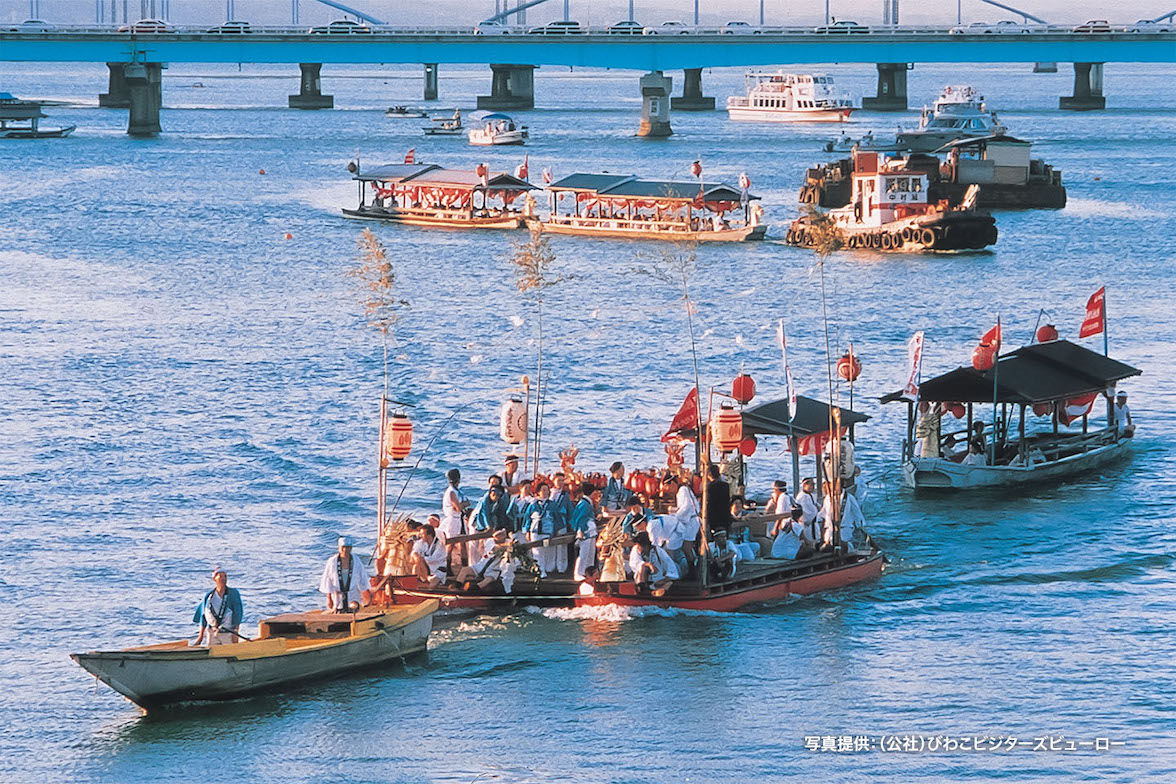 This is a festival of Takebe Taisha Shrine, the Shinto shrine with the highest rank in Omi. This great festival provides a spectacular sight of the Seta River in summer. The cruise of the sacred palanquins on pleasure boats is a unique characteristic of the “city of water”, Otsu. This cruise derives from the event when Yamato Takeru no Mikoto went on the eastern expedition in which he led the fleet to sea.
On the day of the festival, large and small sacred palanquins leave Takebe Taisha Shrine for Setahama. Upon arrival on Setahama, the sacred palanquins are placed on the pleasure boats for the cruise on the Seta River. The fleet heads to the otabisho in Kurozuhama, approximately four kilometers downstream, and Shinto ritual takes place there. While bonfires and lanterns light the river surface as dusk closes in, the fleet heads back to Setahama. When the fleet approaches Seta no Karahashi Bridge, fireworks are shot up, and the festival reaches its highlight.