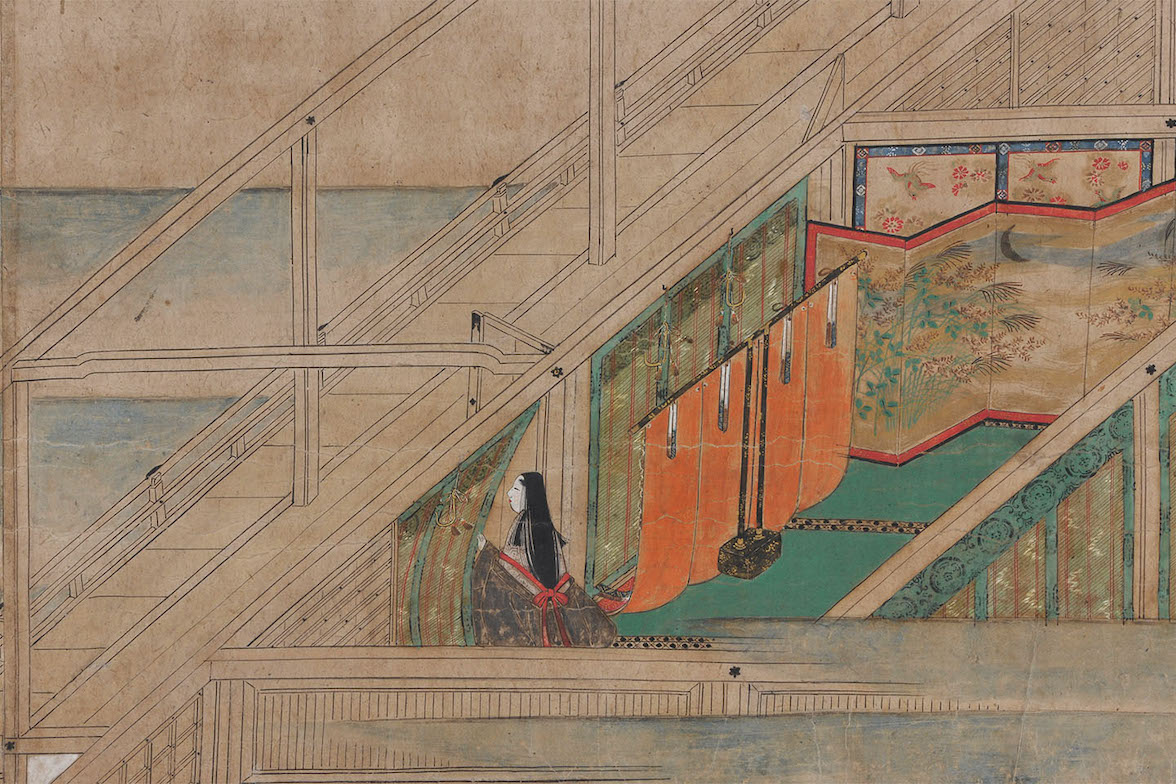 Murasaki Shikibu lost her mother in her early years and was brought up by her father Fujiwara no Tametoki, a literati. She was familiar with Chinese books from her childhood and gifted in literature.
Around 998, she was married to Fujiwara no Nobutaka, a government official, but he passed away after only two years of their marriage. She was never remarried and served for Shoshi, Empress of Emperor Ichijo.
One day, Shikibu was summoned by the empress and was asked to write a great story. Shikibu did not manage to write as she had expected, so she confined herself in Ishiyamadera Temple for seven days to pray to fulfil her wishes to the principal image, Nyoirin Kanzenon Bodhisattva. On the seventh day, while viewing the beautiful sight of Omi [now Shiga Prefecture], her mind was cleared and story ideas came up one after another. However, she had no paper, so she hurriedly borrowed the paper for the Great Perfection of Wisdom Sutra that was in the inner main hall and jotted down whatever came up to her mind.
In this way, Japan’s oldest novel and one of the masterpieces of Japanese history of literature, The Tale of Genji, was created.
Currently, the monument of a haiku poet, Matsuo Basho, with his haiku poetry and the memorial tower of Murasaki Shikibu stand side by side next to the scripture storehouse.

place associated with
The Main Hall in Ishiyamadera Temple