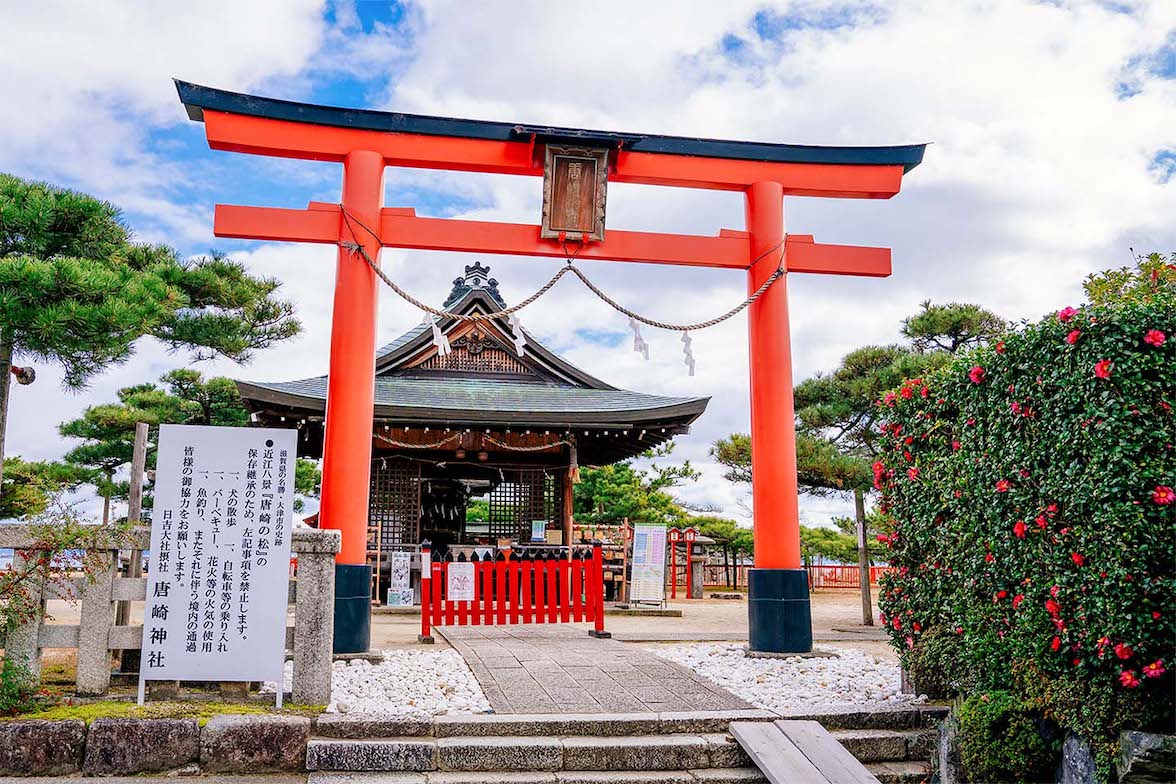 This is Karasaki Shrine.
It is one of the auxiliary shrines of Hiyoshi Taisha Shrine. It was reportedly founded during the reign of Emperor Jito [in the late 7th century]. Its enshrined deity is Wakemasahime no Kami. The shrine used to be called Wakemasahime Shrine, and the deity was widely worshipped by women, as it was believed to be wonder-working for women’s diseases. It was also known as a sacred place for purification from ancient times, and as one of the seven places for purification, many people from the capital and daughters of high ranking people visited there.
From the precinct facing the lakeside of Lake Biwa, the view of Omi-fuji [also known as Mt. Mikami] on the other side of the bank, and the “pine tree with divine spirit”, the pine tree of Karasaki, spreads its branches with the lake in the background. Its magnificent view has appeared in many waka and haiku poems since the Manyoshu, the oldest anthology of poems was published.