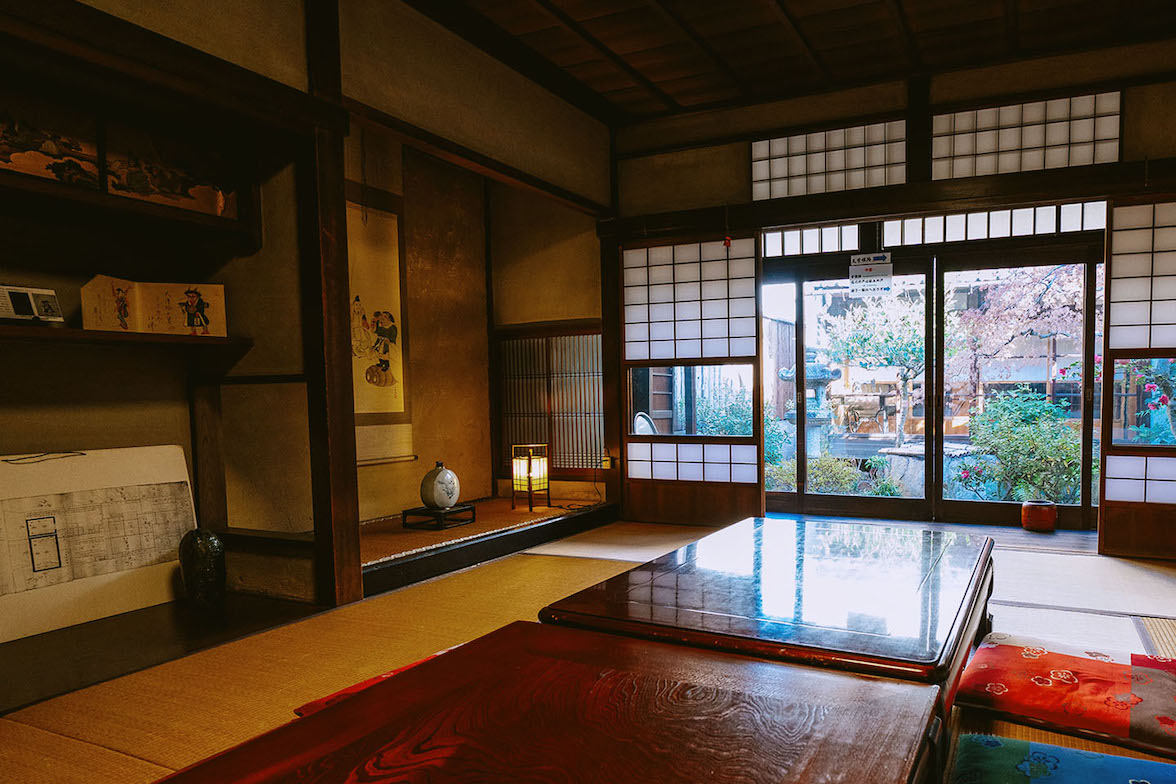 This is Otsu Hyakuchokan.
In the Edo Period [between the 17th and mid-19th centuries], Otsu was bustling with people as a post town, port town and temple town of Onjoji Temple, also known as Miidera Temple, in the Genroku era, the late 17th century. Otsu flourished as a commercial area holding 100 towns and more than a population of over 18,000. Such prosperity led Otsu to being called “Otsu Hyakucho” which means 100 towns of Otsu.
Otsu Hyakuchokan was a tradesman’s house which was built in 1899. It served as a Kimono store in the Meiji era [between mid-19th and early 20th centuries], and as a book store in the early Showa era [in the early 20th century]. It is currently opened as a hub of cultural activities, and visitors can take a look around inside. In addition to the main house which is the tradesman’s house, there are a warehouse and a two-story annex. The courtyard can be viewed from the tatami room hall.