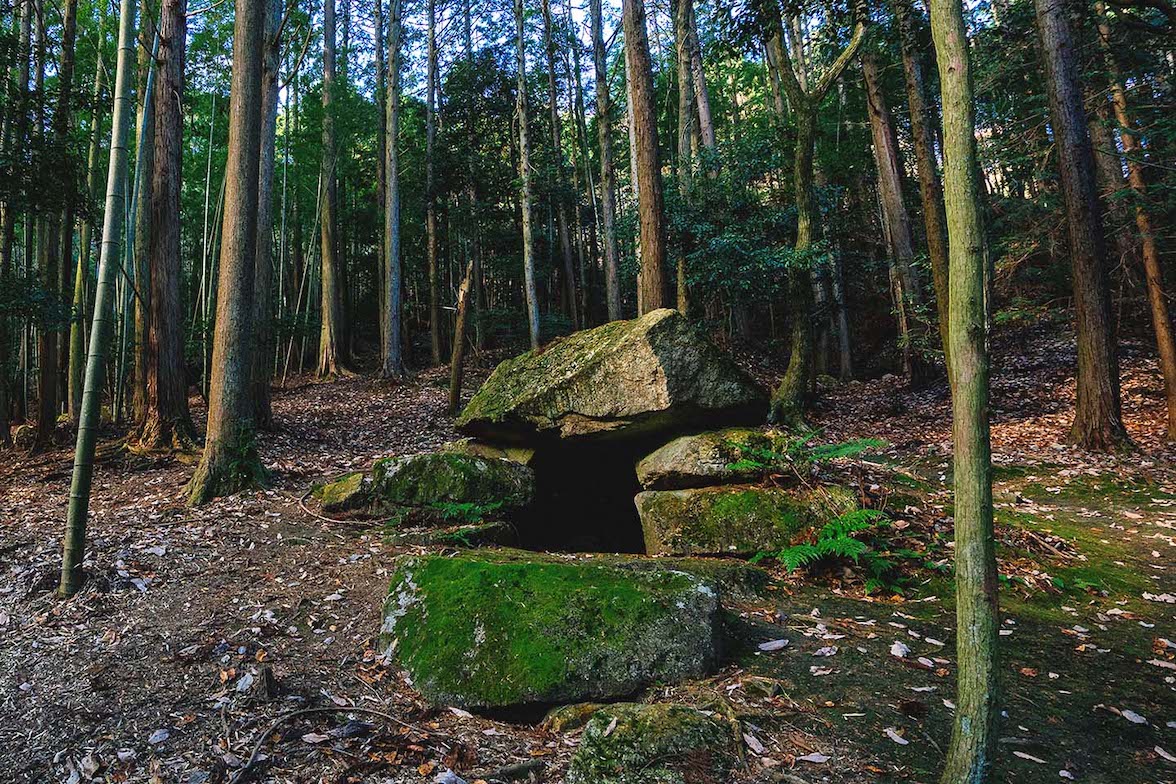 These are the Hyakketsu Burial Mounds remaining along the Shigagoe-no-michi road in the mountains of Shigasato.
Although overall they have been scraped or washed away, they are believed to have been small-circle burial mounds of approximately 10-meter diameter with dome-shaped horizontal stone chambers. According to the structure of stone chambers, it is believed to have been built around the late 6th century, and 64 of the small-circle burial mounds have been confirmed so far. One of the burial mounds has a coffin hollowed out of granite.