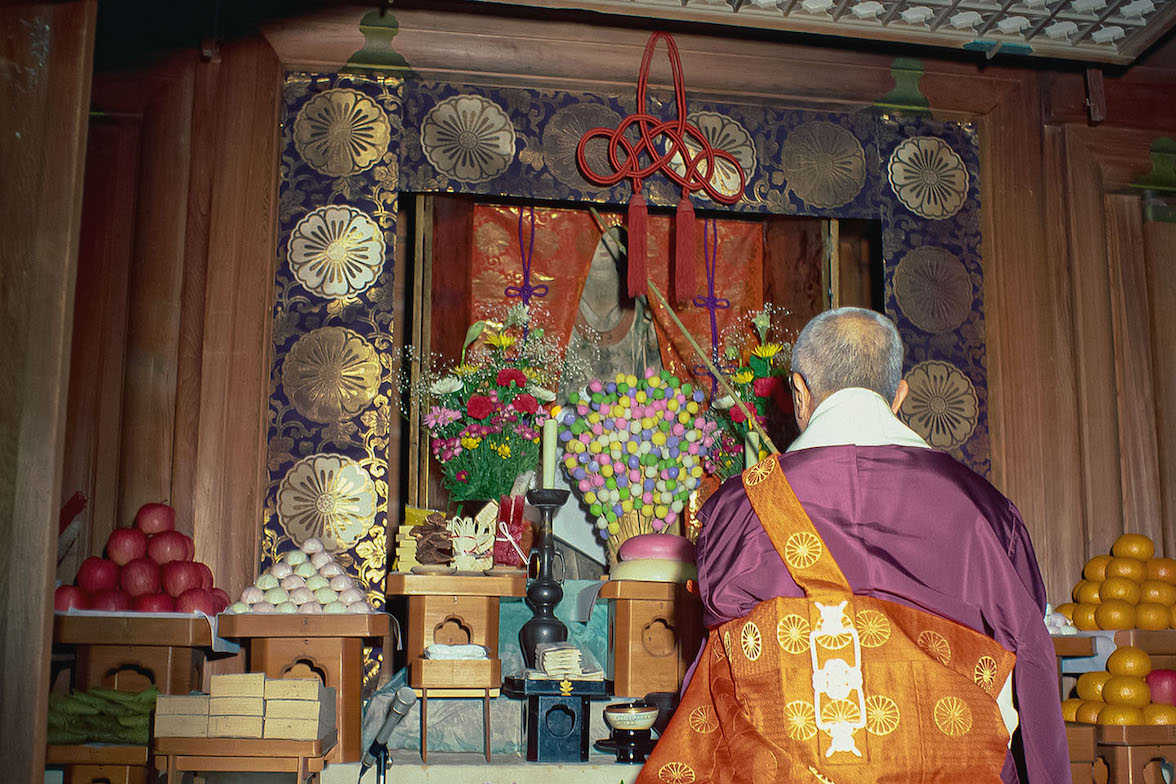 Goho Zenshindo Shrine which enshrines the deity Kishibojin, the guardian deity of Chisho Daishi, has been worshipped as the guardian deity of pregnancy, childbirth and child-rearing since ancient times, and is familiarly known as “Sendango-san”.
The Sendango Festival held every May is known as the representative festival of Otsu which has lasted for more than 600 years since 1363.
On the day of the festival, the Goho Zenshin standing statue, also known as Kishibojin, is open to the public.
Having had a thousand children, Kishibojin used to eat human children. Thanks to Buddha’s preaching, she mended her ways, protected Buddhism, and pledged to protect and nurture children. A thousand rice dumplings are offered at this festival to reflect this tale, so the festival was named sendango which means thousand rice dumplings.
At Hojo Pond in front of the shrine, the Hojo-e festival is held. Visitors write their child’s name on the turtle’s shell and release it into the sea, wishing for their child’s healthy growth. The precinct is bustling with visitors, as various stalls such as a plant market are open there.