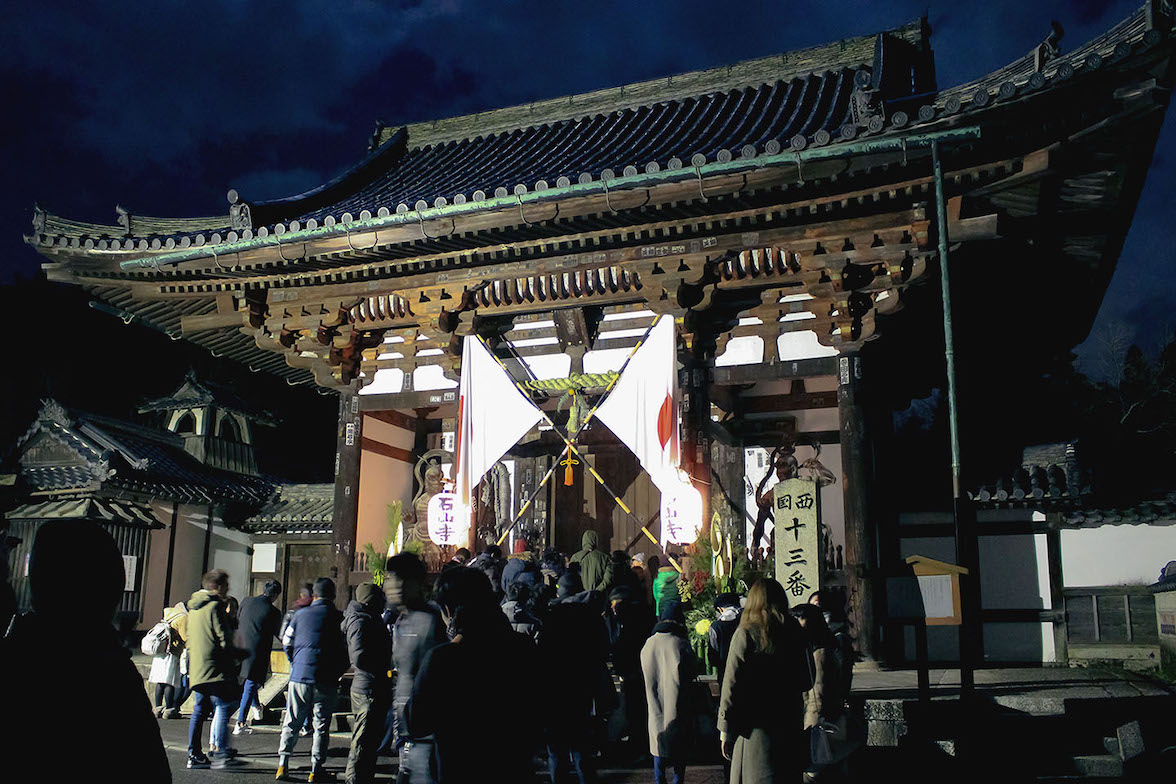 Joya-no-kane at Ishiyamadera Temple starts from two o’clock in the morning when it is said that the water is the purest. [Joya-no-kane is the bell ringing in the night while praying for good fortune in the coming year.] The first 108 visitors can strike the bell.
The bell tower is a multi-story building and is wider toward the bottom. It has a rare structure, as its bonsho temple bell hanging in the upper story is struck by pulling the wooden bell hammer in the lower story. This bonsho temple bell was made in the Heian period [between the late 8th and 12th centuries], and is known to make an exquisite sound.
At the same time as Joya-no-kane, the first important ceremony, Kozui-kaji ceremony is solemnly conducted in the Main Hall. The ceremony involves the head priest drawing the water from Aka Pond for the first time of the year and pouring it into a jar while praying. It has been considered as the most important secret ceremony in Ishiyamadera Temple since ancient times, and the head priest invariably conducts the ceremony.
The first three days of the new year is a busy period when people visit the temple for the first time of the year, and Shusho-e daikito (the New Year’s Grand Prayer), take place in the Main Hall from 1 p.m. where prayers for sound health in the whole year are given.