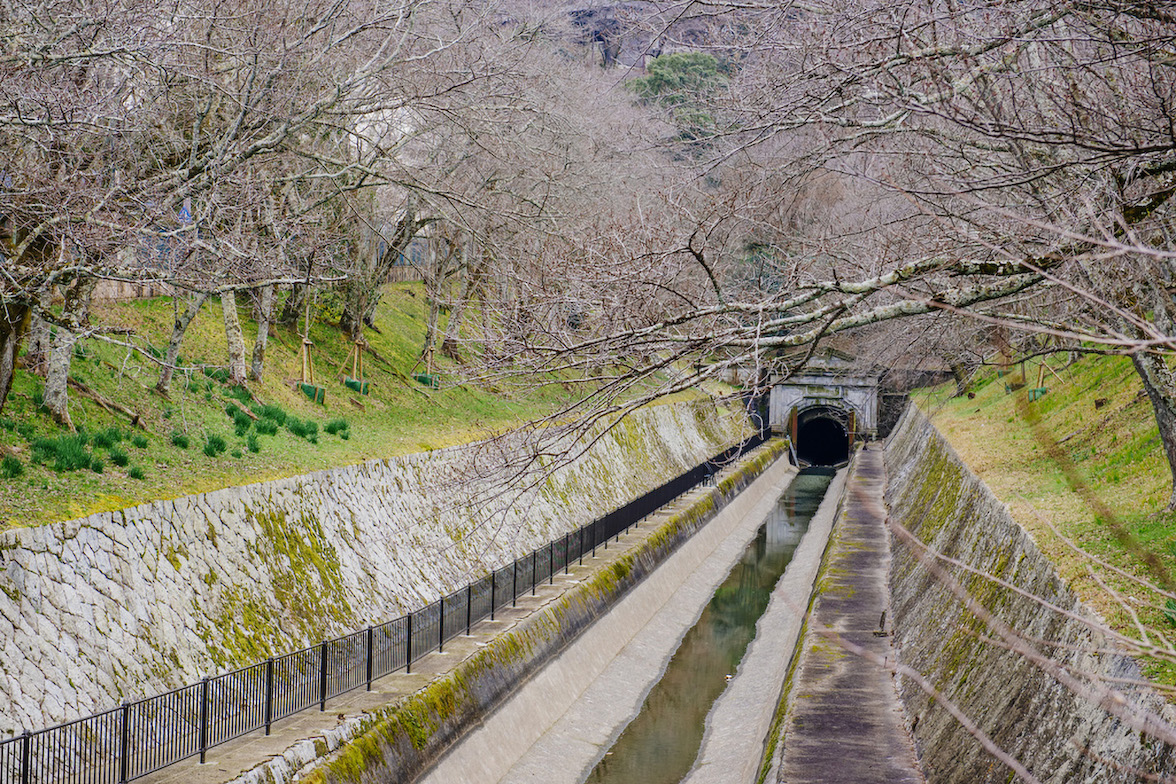 This canal runs at the north side of the Keihan Electric Railway’s Miidera Station. Construction started on June 2, 1885 with the aim of supplying drinking water, irrigation, water transportation, and power generation to Kyoto. The construction was done over a period of 5 years and was completed in April 1890 (The second canal was completed in 1912, and the complete tunnel was extended by 7.4 km). The total length is 11.1 km. and done with only the technology of the Japanese people. This was the first time the natural lake was artificially changed, and because it was done during the Meiji Era with Japanese technology only, it is said to be a ground-breaking project.
Water taken from Lake Biwa goes through the longest mountain tunnel made with the greatest difficulty during the construction in the Yamashina Ward of Kyoto City. Then it goes through several tunnels again, and then through the tunnel in Sakyo Ward in Kyoto City, to flow into the Kamogawa and Uji rivers.
It is one of Otsu’s best cherry blossom spots, with light-ups every year as well.