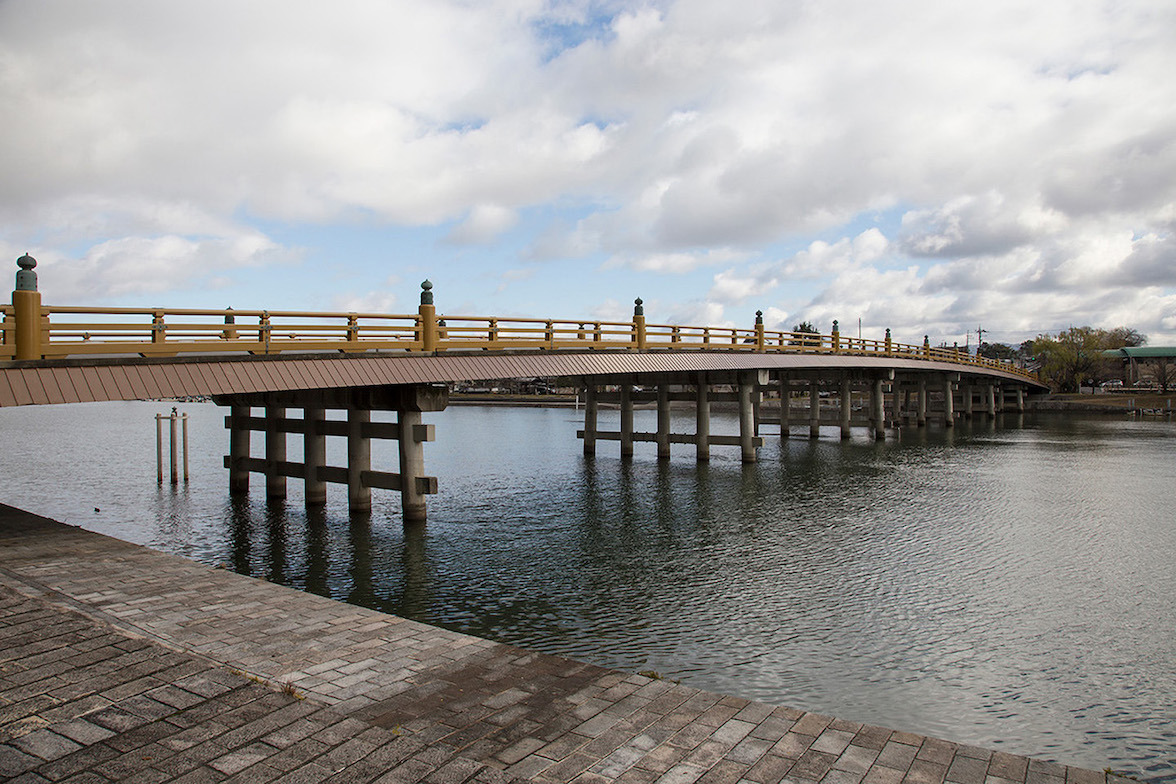 The Setanokara Bridge can be written in two ways in Japanese. It appears on the setting of a fierce battle during the Jinshin War (672). After that, it became a key point of transportation as the only bridge over the Seta River when entering the capital from the eastern provinces, and since it was always a military objective during war, it has the bitter experience of being destroyed many times by fire throughout history. However, due to the beauty of the scenery, the Setanokara Bridge was also counted as one of the Eight Views of Ōmi , and it has been selected as one of the is also selected as one of the Three Famous Bridges of Japan.