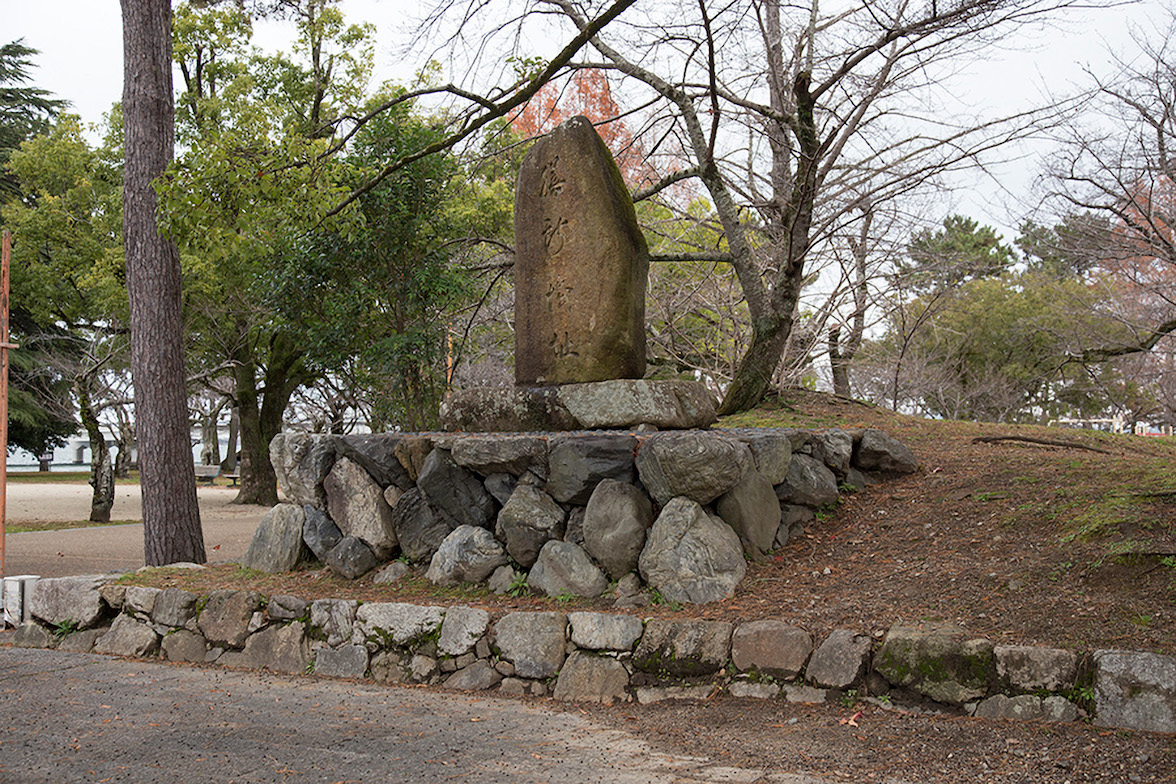 Zeze Castle was built in the 6th year of Kecho era (1601), and is also nicknamed Sekiroku Castle. Honmaru had the structure of Mizuki that protruded to Lake Biwa, and Zeze’s Daymyo, the Honda clan boasted its image as the castle contained 60 thousand stones, but became abandoned in the 3rd year of the Meiji Era (1870). After that, the remains such as castle gates have been relocated to more than 10 shrines in the city, and the Honmaru ruins are became a park.