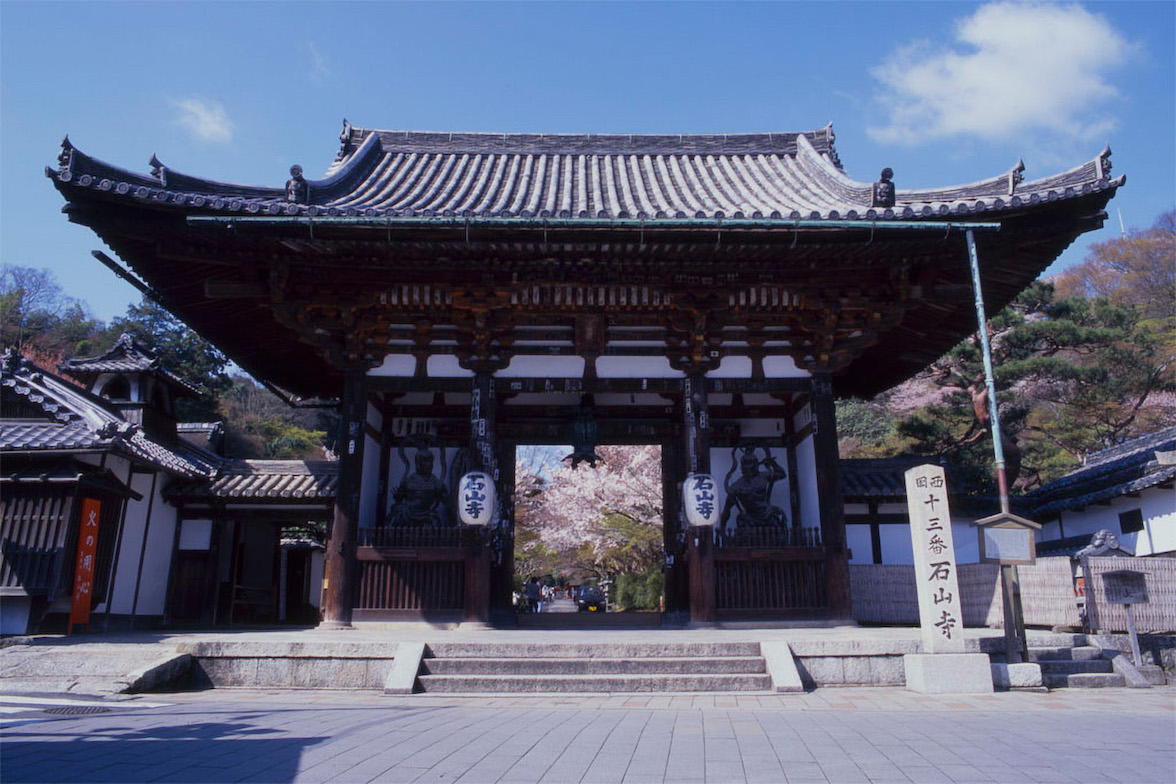 It is the main gate of Ishiyamadera temple, facing East along the Seta River. According to the temple, it is said to have been built in the Kamakura period, but it is thought that a large-scale repair close to a new construction was done during the rebuilding of the temple because of the donation of Yodo-dono. It is a well-balanced gate with a high building and a large roof. The statue of Nio is transmitted as the work of Buddhist image makers Unkei and Tankei who lived during the Kamakura period. In the neighborhood of the North gate’s emblem, there is Toyotomi’s paulownia crest’s fretwork.