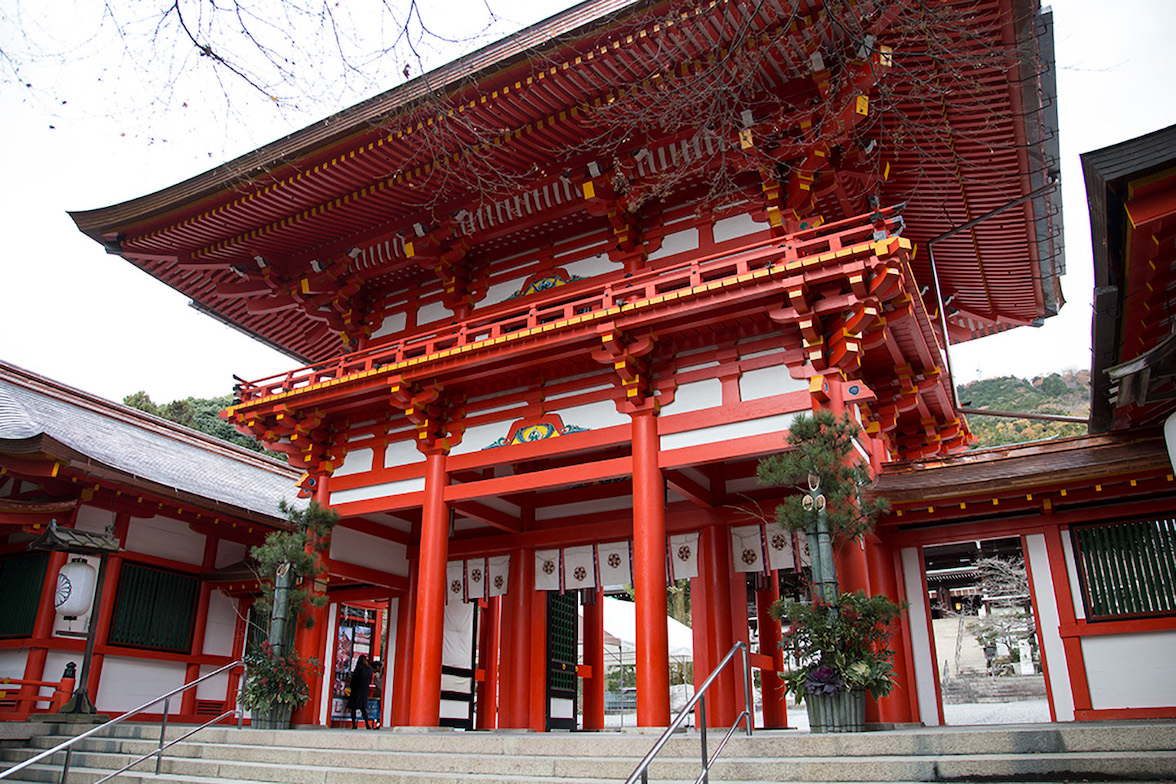 The Ōmi-jingū Shrine has Emperor Tenji as the Main Enshrined God. In order to celebrate Emperor Tenji who opened the Ōtsu Palace, it has been built close-by the remains of the Palace’s remains in the 2600th Japanese Imperial Year, or 1940 (15th year of the Showa Period).It is said that many Shiga citizens attended the service during the Shinto shrine’s construction. The timepiece museum (open to the public) in the precincts has its origins from former Emperor Tenji who used a water clock for the first time at the Ōtsu Palace.