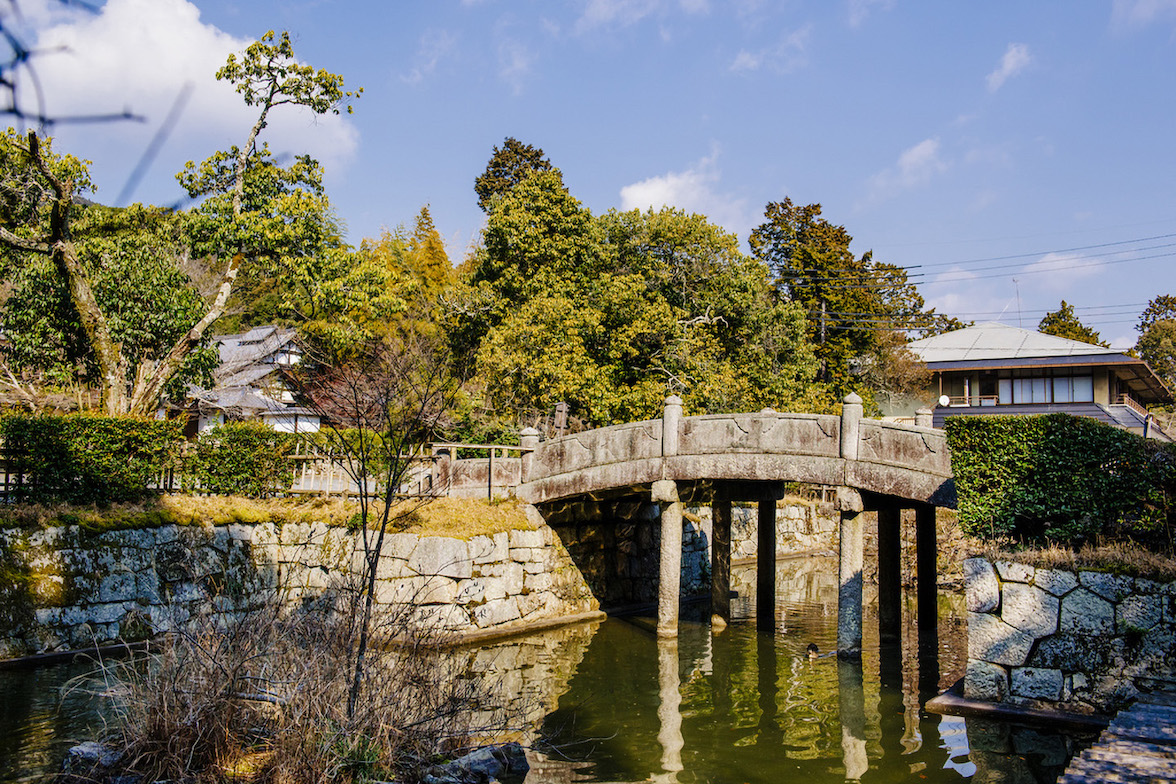 When crossing bridge of the Tsutsui river which is the precints’s boundary of the Miidera Temple, it is the first gate at the Gohosha’s shrine precints. It was originally built in the beginning of the Edo period in the form of Korai gate which was used for castles, and it was relocated to the current location when large-scale renovations of the implemented Gohosha Garan were carried out during the Kyoho era in the middle of the Edo period. It is precious as on of the few remaining existing examples of a Korai Gate with high quality materials.