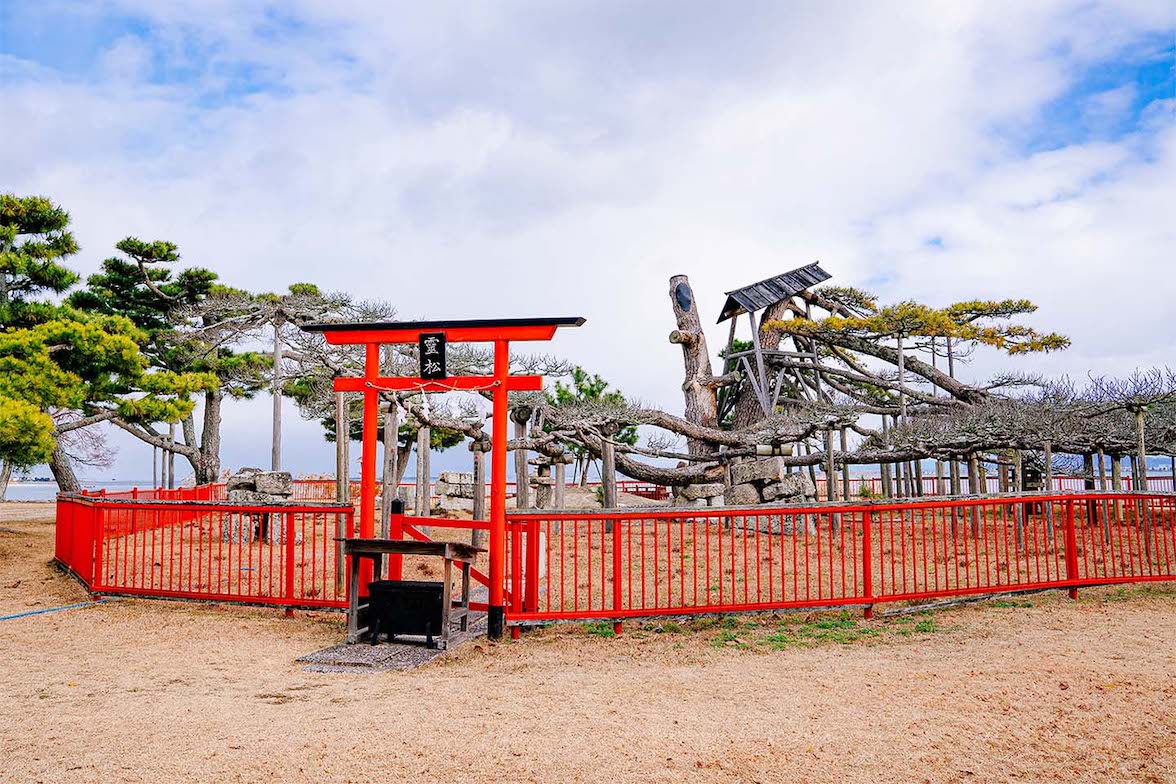 This is a pine tree in Karasaki.
It is the sacred pine tree of Karasaki Shrine and a solitary pine tree also called the “pine tree with a divine spirit at Lake Biwa”.
According to the shrine’s history, the pine tree fell due to a strong gust of wind in 1581. Shinjo Naoyori, the lord of Otsu Castle, and others repented and planted its seedlings in 1591. The second generation of the pine tree grew as large as 72 meters from its easternmost to westernmost branches and 86 meters from southernmost to northernmost branches. The sight of the pine tree at the lakeside at night in the pouring rain was admired as “Night Rain at Karasaki”, one of the themes of The Eight Views of Omi Province, and was drawn as a ukiyo-e painting by Utagawa Hiroshige in the Edo Period [in the 19th century].
The well-known second generation pine tree withered in 1921. The ceremony to transfer the sprit to the third generation pine tree from the seedling of the previous one took place. The current pine tree is the third generation.