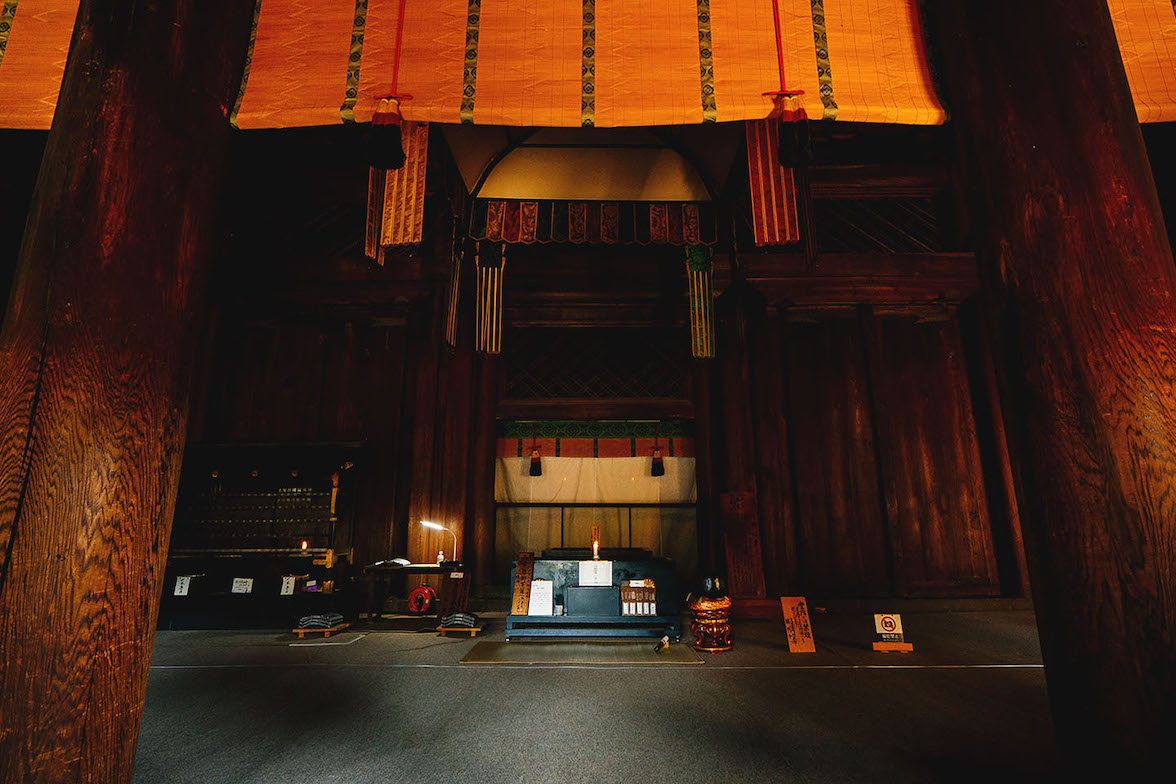 This is the principal image, Maitreya, enshrined in the Kondo of Miidera Temple.
This statue of the principal image was reportedly given by Emperor Tenmu when Miidera Temple was founded about 1,300 years ago. However, it is absolutely not allowed to be seen by anyone; therefore, nobody has seen this statue.
According to the legend of the temple, this statue of Maitreya is a miraculous statue, which is approximately 9.5-centimeter tall. It was left as an alter ego by Maitreya when descending to earth while the Zen master Huisi, a high ranking priest of the Chinese Tendai sect, was conducting his ascetic practices. This statue always emitted light and had a warm body; therefore, it looked like it was alive.
This miraculous statue was once in Baekje and eventually came to Japan while Emperor Yomei reigned. It is said that especially Emperor Tenji worshipped this statue of Maitreya.

place associated with
The Kondo in Onjoji Temple