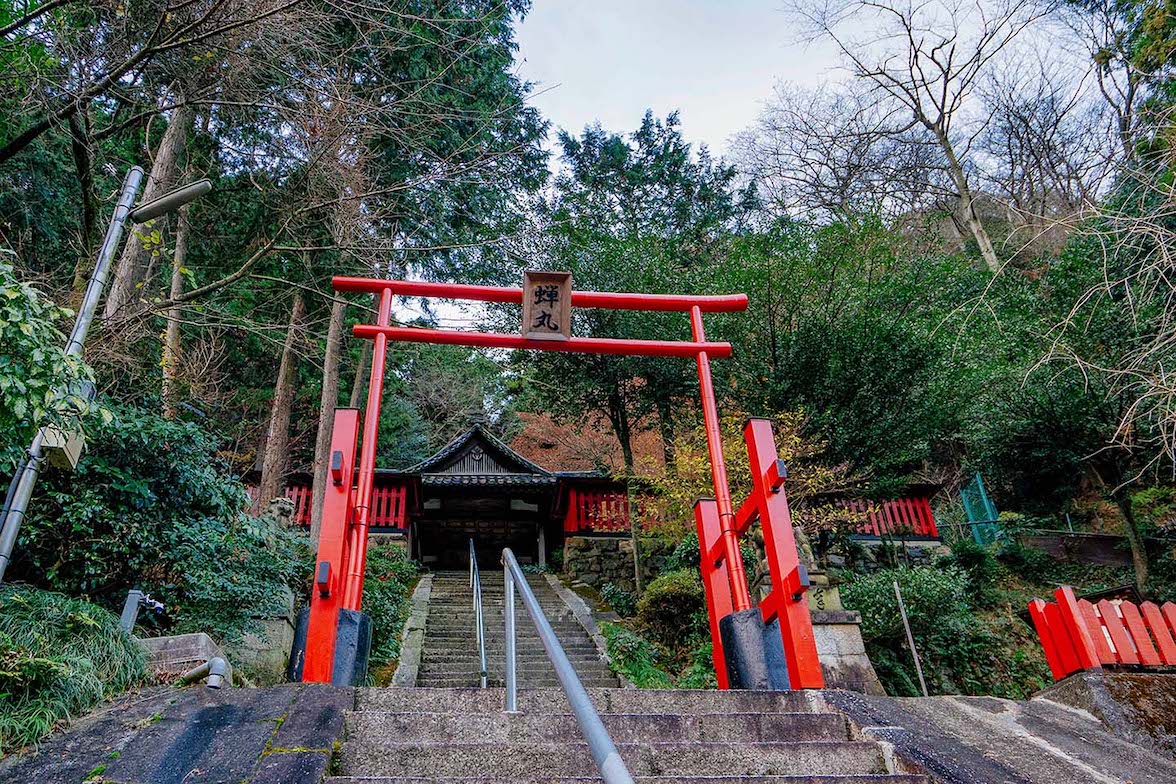 This is Sekisemimaru Shrine.
It is believed to have been founded as a tutelary deity of Osaka checking station, the east entrance of Heiankyo (the then-capital), and the deity of paths to protect the safety of highways. There are Kamisha and Shimosha [which literally mean upper and lower shrines, respectively]. The enshrined deities of Kamisha and Shimosha are Sarutahiko no Mikoto and Toyotama-hime, respectively. In 946, the spirit of Semimaru, a master player of the Japanese lute, was enshrined in both shrines, and Semimaru became worshipped as the ancestor deity of music.
A hexagon-shaped shigure lantern located next to the main shrine of Shimosha was made in the Kamakura Period [between the late 12th and the early 14th centuries], and was designated as an Important Cultural Property. There is also the mound of Ono no Komachi where the monument with her poetry stands.