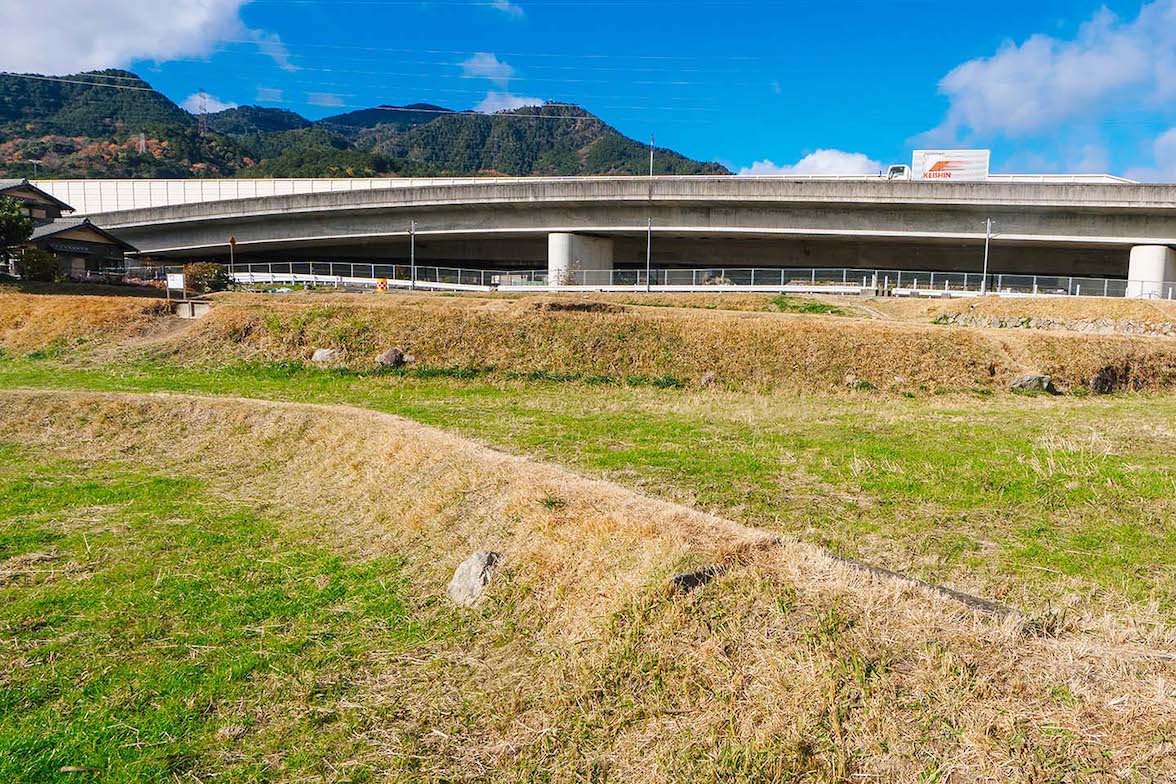 These are the ruins of the abandoned Ano Temple.
The temple ruins are one of the ruins related to Otsukyo, [the then-capital], and were discovered in Ano to the north of Otsukyo. At the archeological excavation in 1984, it became clear that it had two different temple building arrangements that were built at different times. The details of the temple building arrangement when the temple was founded was unknown; however, when it was rebuilt, the Kondo was in the west, the tower in the east and the lecture hall in the north. This temple building arrangement is the same as that of Hokiji Temple in Nara. A relief tile with the Buddha, repoussè silver Buddha and other items were excavated around the ruins of the lecture hall. This proves that the temple existed until the mid-Heian Period [around the 10th century].