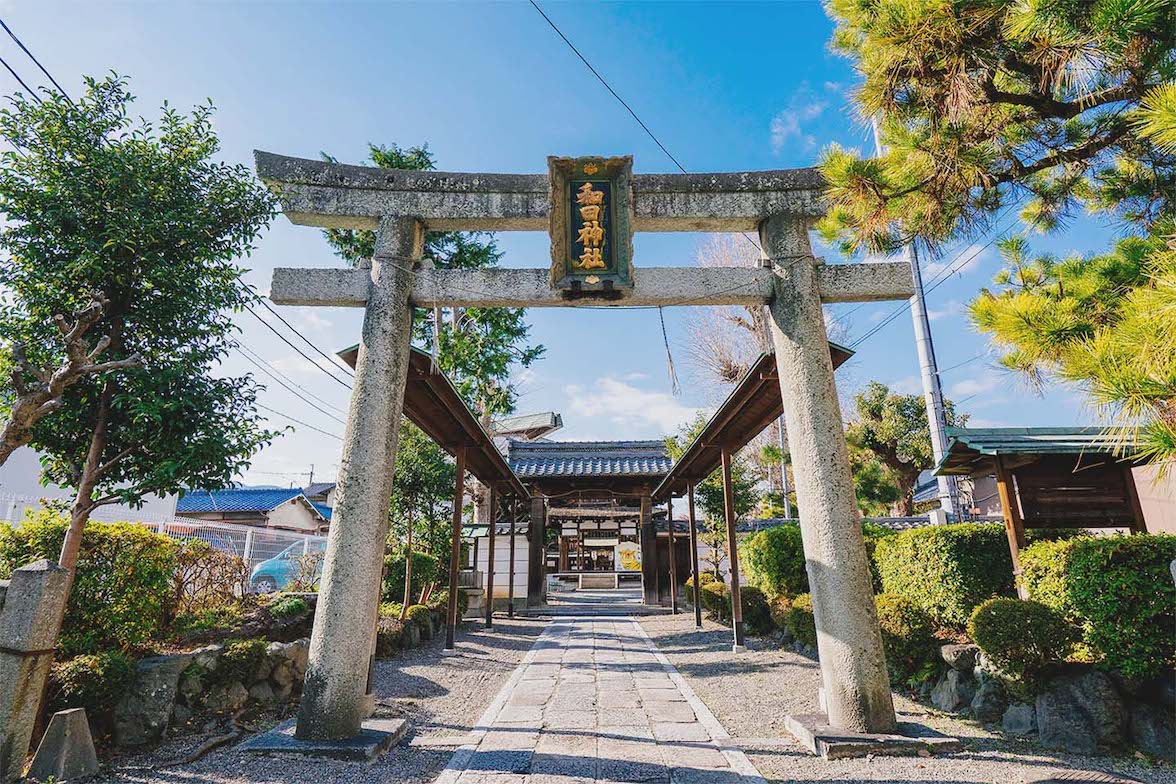 This is Wada Shrine.
According to the shrine’s history, it was founded in 675 and enshrines Takaokami, the deity of water. It is said that it was called Mototennosha Shrine or Hachidai-Ryuosha Shrine when it was founded. In the Edo Period [between the 17th and 19th centuries] it was worshipped as the local deity of Kinoshita Village, one of the five towns which composed Zeze Castle Town. The shrine was then renamed to the current name after the Meiji Restoration. The current name derives from Wada-hama, the name of the shore where the shrine was built.
In the precinct, there are the main shrine which is an Important Cultural Property, the place of worship with hip-and-gable roofs and the front entrance which was transferred from the Jungido, Zeze domain school. There is also a more than 600-year-old gingko tree with a height of 24 meters. The legend says Ishida Mitsunari who had been captured at the Battle of Sekigahara was tied to this tree on the way to Kyoto.