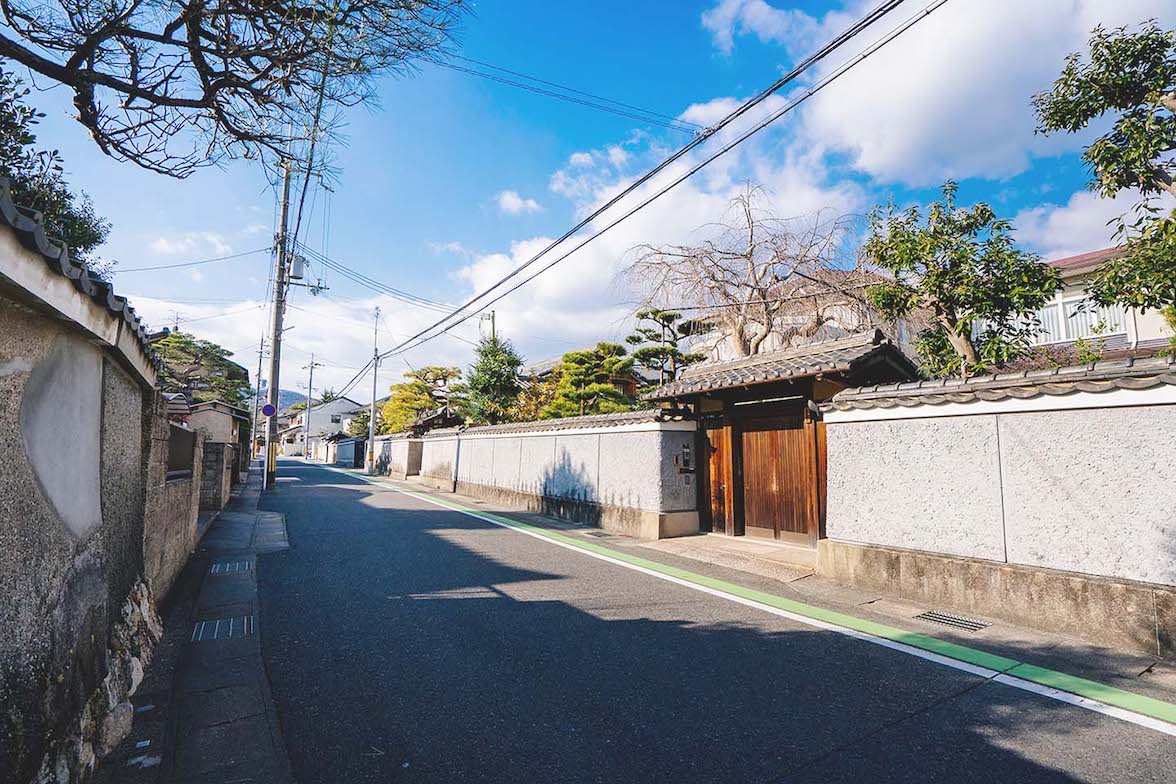 This is former Zeze Castle Town.
In the Edo Period [in the early 17th century] Tokugawa Ieyasu abandoned Otsu Castle and built Zeze Castle, instead. The purpose of building the new castle was presumably to divide the roles of Otsu and Zeze; Otsu to be a commercial city and Zeze, a military city.
Zeze Castle Town was located across the five villages such as Nishinosho, Zeze and Betsupo, and the Tokaido road goes through them. Along the Tokaido road between east and west, tradesman’s houses and samurai residences lined up. The Otsuguchi main gate was placed at the north entrance, and the Setaguchi main gate at the south entrance.
According to The Record of Omi, there was a total of 930 residential buildings including 499 samurai residences, 409 town houses and 22 temples and a population of 3094.
The sight of olden days such as clay walls of former samurai residences and small curved paths can still be seen in the current townscape of the former Tokaido road parallel to Keihan Railway.