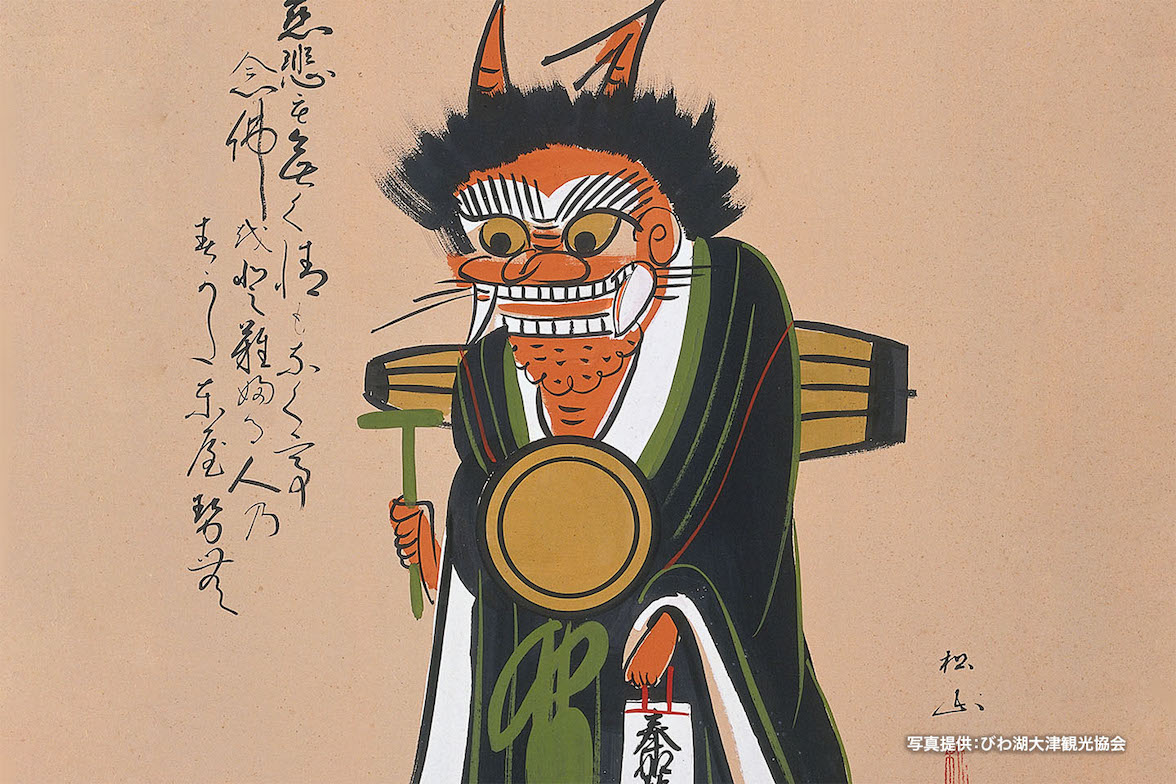 Otsu-e are folk art paintings that were sold in Otani-cho and Oiwake-cho within Otsu-juku, one of the post towns of Tokaido road, from the Kanei (Kan-ei) era in the early Edo period, the early 17th century. The folk art paintings with simple, free drawing lines and humorous allegorical subjects attracted people.
As one of Matsuo Basho’s haiku poems says, “Which Buddha do they draw for the first Otsu-e painting in the year?”, in the beginning, Buddhist paintings such as the “thirteen Buddhas”, “the appearance of the Amida Buddha” and “a blue-faced Kongo” were common as the subject of paintings. As they became popular among travelers for souvenirs, genre paintings such as “Wisteria maiden”, “Demon’s prayers” and “Slippery eel” became favored subjects.
The paintings also became popular as amulets, for example, “Wisteria maiden” was good for marriage and “Demon’s prayer” was effective to stop babies crying at night.