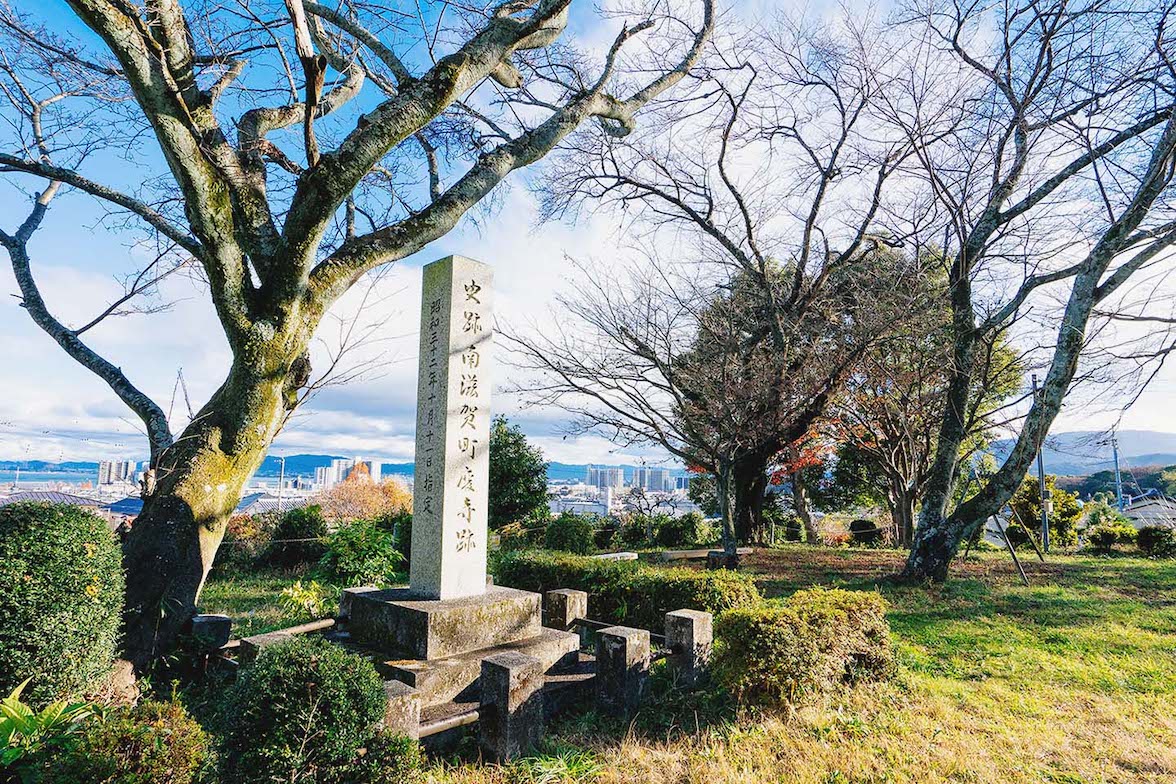 These are the ruins of abandoned Minamishiga Temple. The site of the temple ruins is one of those related to Otsukyo [the then-capital].
In order to investigate the location of Otsukyo, archaeological excavation was also conducted at the ruins of Sufukuji Temple in the early Showa era [around 1920s]. It resembles the temple building arrangement of Kawaradera Temple in Asuka, now Nara Prefecture. It is believed that behind the middle gate, a tower in the east and the Nishi-kondo in the west stand face to face with each other, the Kondo and the lecture hall stand side by side in the north, and priests’ temple quarters were located on the three sides, surrounding the lecture hall. According to the excavated artifacts, it existed between the Hakuho period and late Heian period [between late 7th century and late 8th century]. Sasori-mon tiles with a design that looks like a scorpion were also excavated. The tile is a type of square eaves-end tile with lotus design and is related to Otsukyo; therefore, the temple is presumed to have been related to Otsukyo.
A part of the site is now a park where the pillar foundation of the tower and foundation stones of the corridors remain.