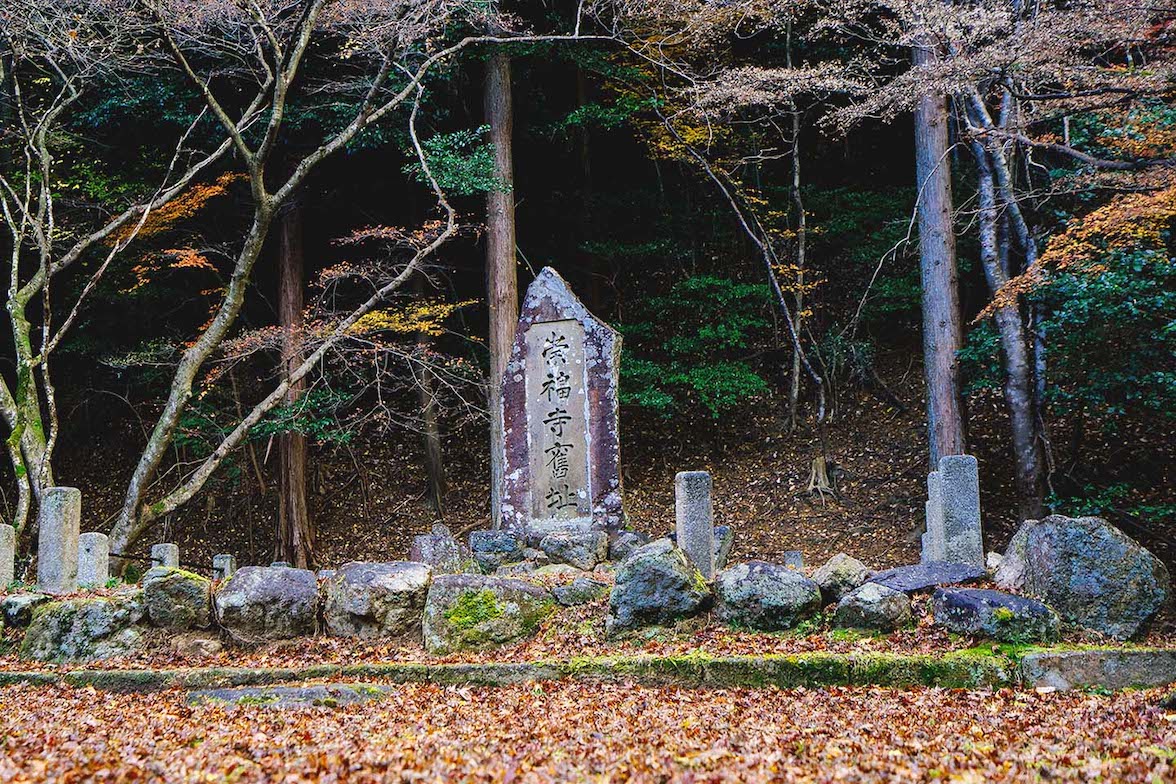 These are the ruins of Sufukuji Temple.
Sufukuji Temple was built at the request of Emperor Tenji to protect Otsukyo [the then-capital].
It was presumably built in 668, the year after the transfer of the capital, and has drawn attention as the key to find out where Otsukyo was.
Heading west from Keihan Shigasato Station through Shigagoe-no-michi road which appears in old poems, passing by the Hyakketsu Burial Mounds and the Great Buddha of Shiga, you will find the ruins in the mountains. The foundation stones of the Kondo and the lecture hall in the south, the small Kondo and three-storied pagoda in the center and the Mirokudo in the north remain there, reminding us of a magnificent temple building arrangement in the past.
A National Treasure, a vessel containing Buddha’s relics, was excavated from the pillar foundation of the tower.