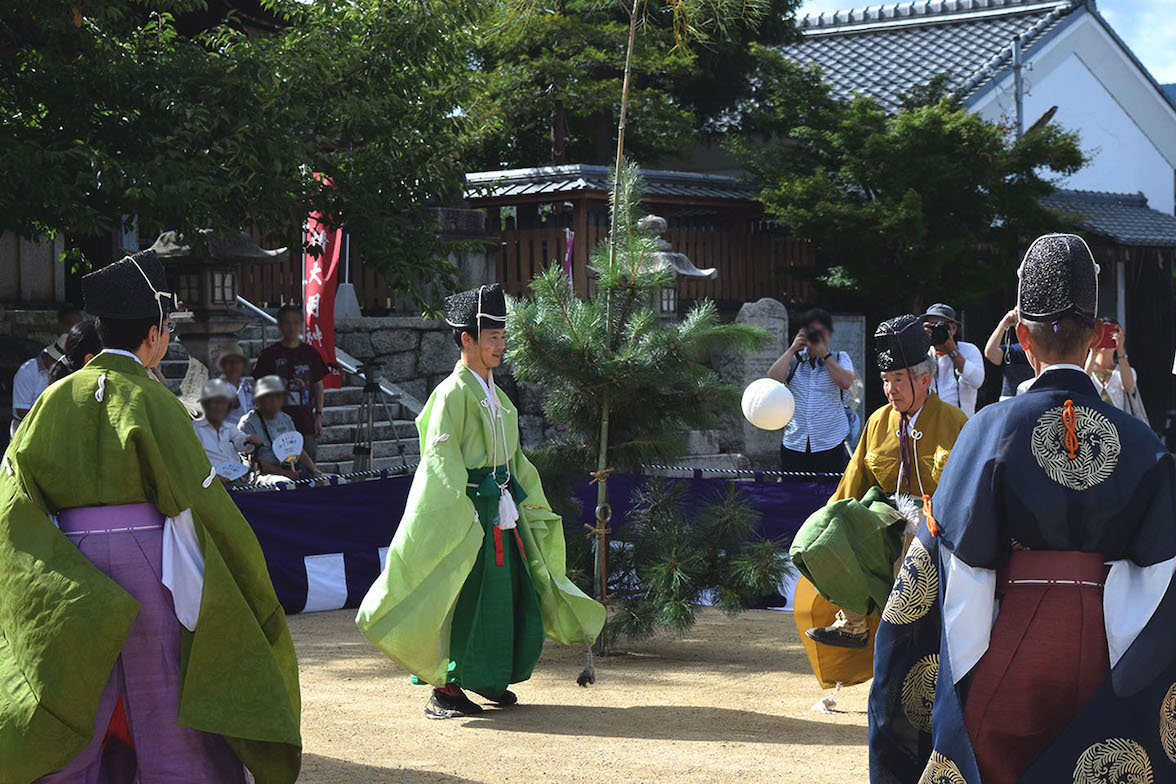 This is a festival of Hirano Shine, the enshrined deity of which is Seidai Myojin, also known as the deity of Kemari [ancient football game of the Imperial Court].
It is said that Kemari was originally from China and came to Japan with Buddhism in the Asuka Period [between the late 6th and early 8th centuries]. It became a popular form of entertainment among the nobles during the Heian Period [between the late 8th and 12th centuries].
On the day of the festival, the members of the Kyoto Shukiku Preservation Society perform a demonstration of Kemari in the open square in front of the main shrine as an offering. A 15-square-meter playground called Mari no Niwa is prepared and the players called mariashi with noble’s head gear, everyday clothes, hakama trousers and kemari shoes gather in a circle and kick a ball made of deer leather. It is a traditional event to demonstrate the graceful skill of the Heian nobles.