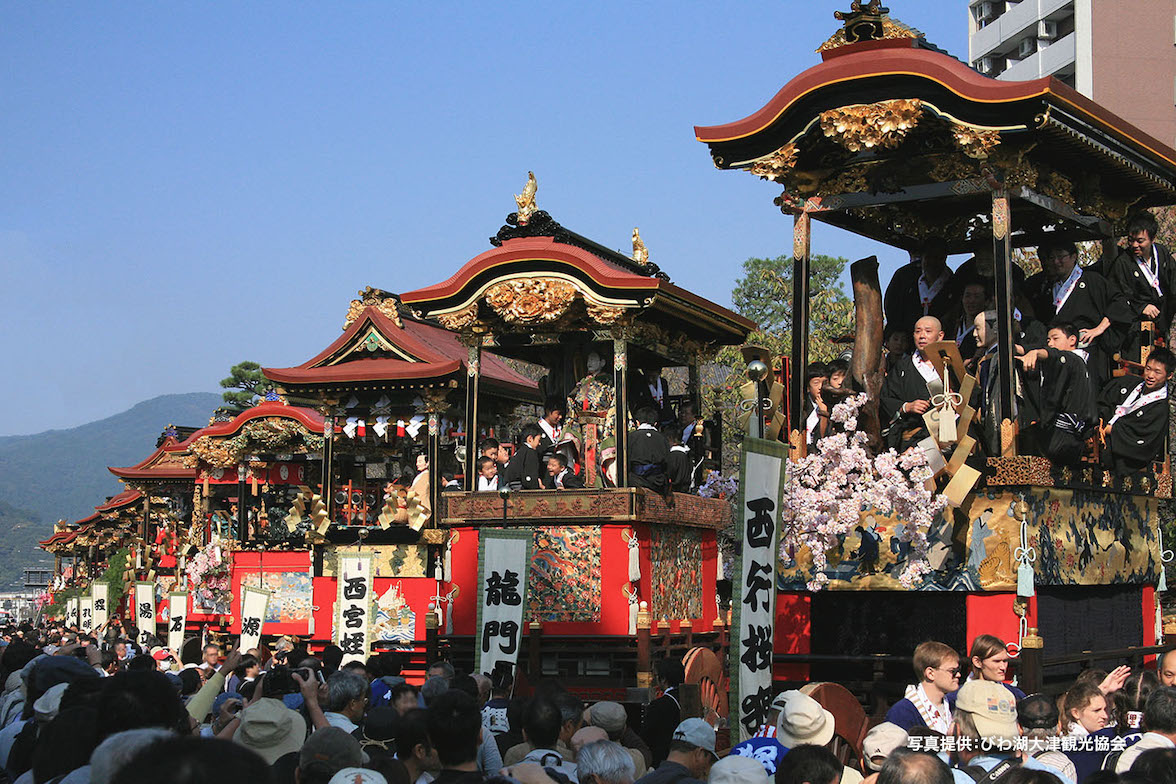 This is a festival of Tenson Shrine and is famous for being one of the three major lake province festivals. Under the autumn sky, each of 13 splendid hikiyama festival floats displays their ingenious mechanical doll in each area and cruises the whole city with their musical accompaniment sounding “Kon-chiki-chin”.
According to The Record of the origin of Hikiyama, the Otsu Festival derives from the dancing of Shiouri Jihee from Kajiyamachi with a raccoon mask on the day of the Tenson Shrine festival during the Keicho era [around the late 16th or the early 17th century]. People flocked around him to watch his dance. Eventually, Jihee retired from the dance, then a mechanical doll that beats on its raccoon-like belly was made. A four-wheeled cart was attached to the mechanical doll and was drawn at the festival from 1635 onwards.