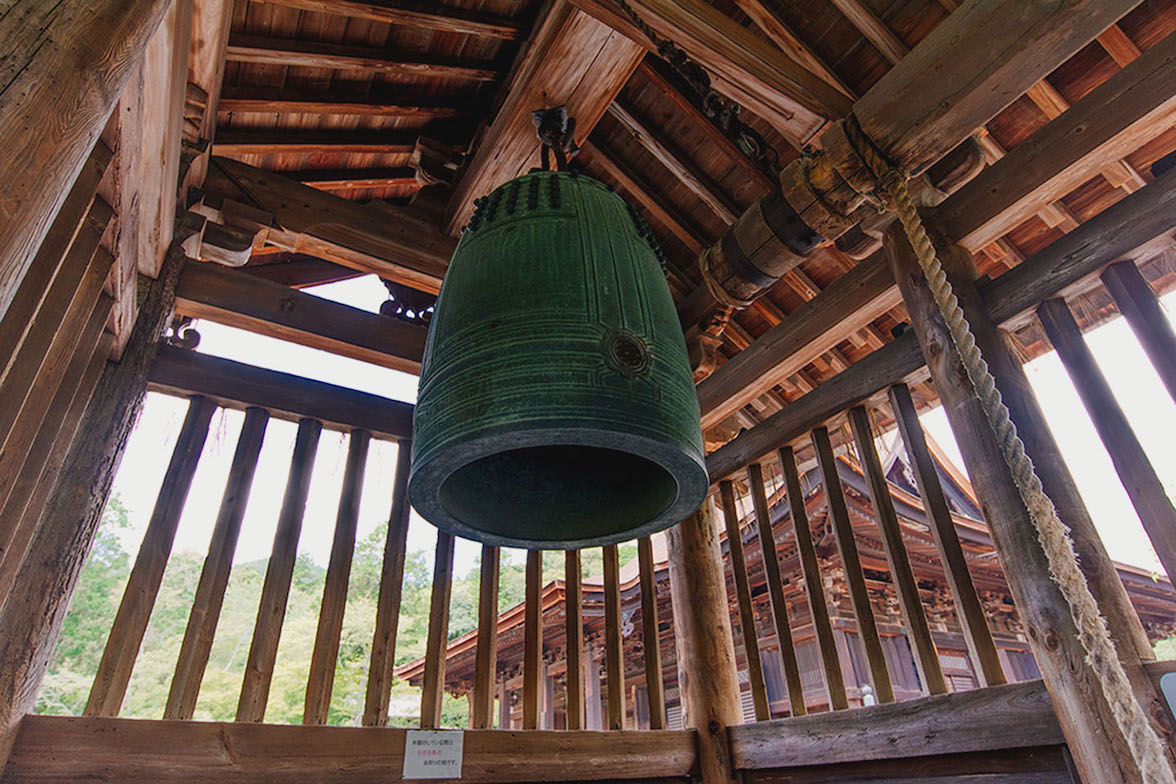 There is a masterpiece yokyoku called “Miidera” created by Zeami. [Yokyoku is the vocal section of the music of a classical dance-form of drama Noh.] The story is that there was a woman whose child was abducted by child traffickers in Kiyomigaseki, Suruga no Kuni, now Shizuoka Prefecture. When she confined herself in Kiyomizudera Temple in Kyoto to pray, she was told to go to Miidera Temple in her revelatory dream.
At exactly the moment of the harvest moon, a monk came out to admire the moon with his disciples including Senmitsu in front of the lecture hall. The woman being upset due to the sadness of losing her child appeared there. Being happy with the beautiful moon, she approached the famous bell which was brought back from the Palace of the Dragon King, and asked them allow her to strike it, wishing to follow the benefit of the king’s daughter attaining Buddhahood.
The monk stopped her, but she quoted an old Chinese poem and said, “Even a great poet struck the bell, going up the tall bell tower, losing his senses because of the beautiful moon. How could I not?”, and struck the bell and danced.
After a suggestion by Senmitsu, the monk asked about her past life to the woman. Senmitsu and the woman had a talk, and she realised Senmitsu was her child. Finally, the mother and the child were reunited.