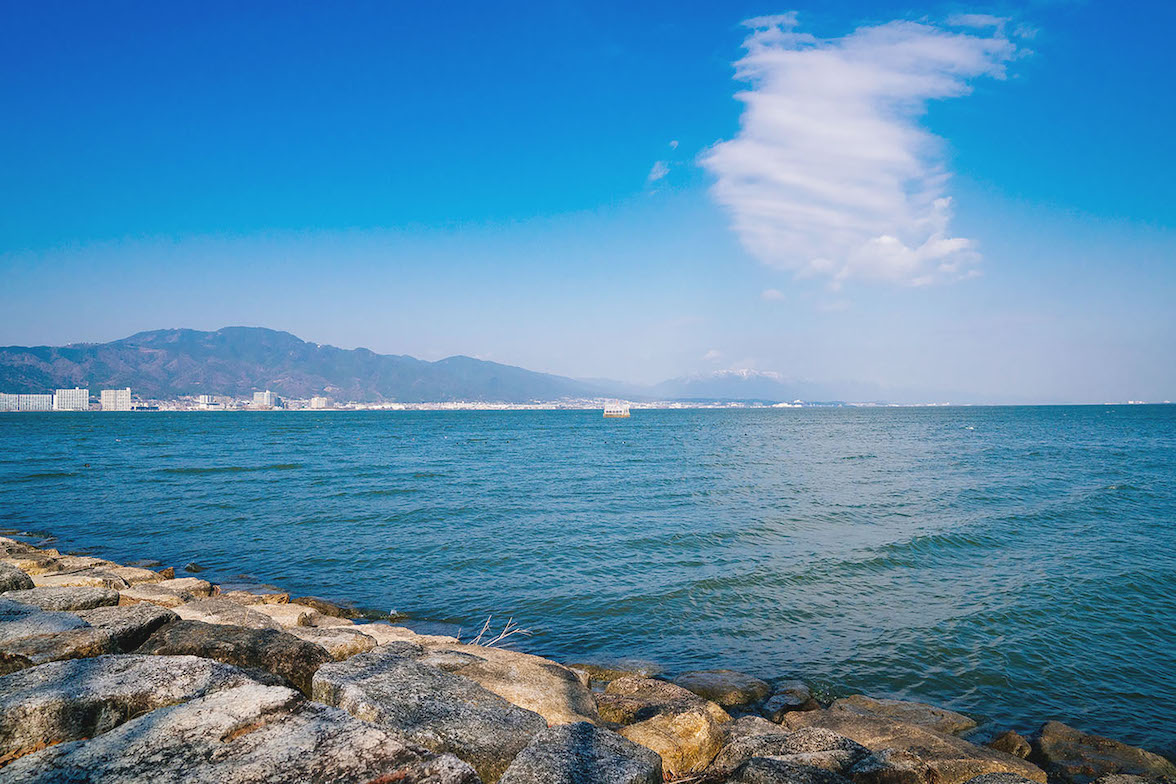 In the mid-Heian Period [around the 10th or 11th centuries], there was a monk called Kogi who was a skillful painter in Miidera Temple. Kogi used to sail on Lake Biwa with a small boat in his spare moments from work. He used to buy fish from a fisherman and release them in the lake. It was a pleasure for him to draw those fish swimming around.
Sometimes, he deliberately nodded off to dream of playing with fish, and drew the sight of his dream as soon as he woke up. Having repeated such things, one day, a messenger of the lake god came to Kogi while he was swimming. The messenger said, “The lake god says that you have merits in life-releasing. If you wish to play as a fish, you will have a piece of a golden carp cloth to enjoy the water life even more.” Kogi then became a carp and swam in Lake Biwa as he pleased. However, he became hungry and took the bait of a fisherman. The fisherman took a large one-meter-long fish to the government official’s residence. Just at the time when a cook was about to cut the carp with a sharp knife, Kogi woke up.
After that, Kogi lived a long life to a ripe old age. Before his death, he scattered some of his paintings of carps. The carps detached from the paintings and swam into the water. It is said that that is why there are not any paintings of carps drawn by Kogi.
This story is from “Muo no Rigyo” in the The Tales of Moonlight and Rain written by Ueda Akinari in the mid-Edo Period [the mid-18th century].