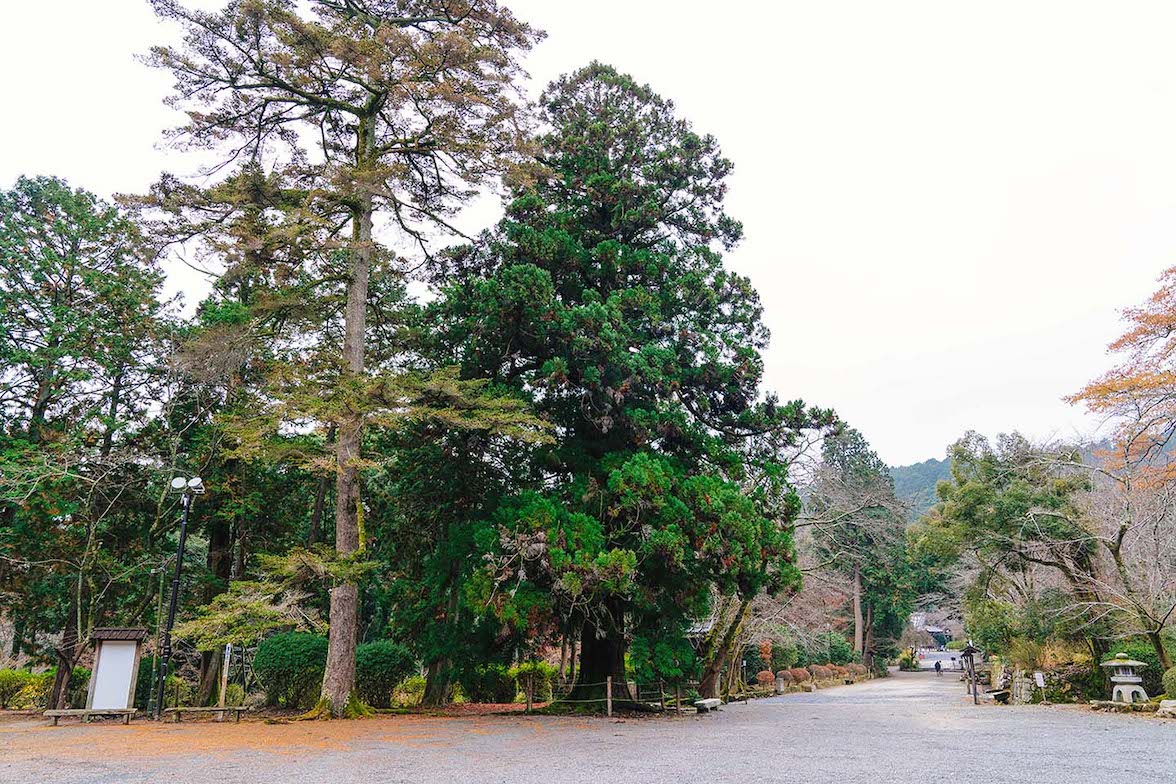 On the opposite side of the Kondo, the main hall, there is an old cedar tree called Tengu-sugi with a height of approximately 20 meters and an age of about 1,000 years.
In the beginning of the Muromachi Period [the 14th century], while a monk, Sagamibo Doryo, was conducting ascetic practices at the Kangaku-in, the priests’ temple quarters, one night, he suddenly turned into a tengu, a long-nosed goblin, and jumped out of the window of the study. He then perched on this cedar tree and eventually flew away eastward in the morning.
Doryo flew far away to Odawara. He landed on Daiyuzan Saijoji Temple. Doryo was called the man of tremendous strength equivalent to that of 500 men and had miraculous virtue, so he was popular with the villagers. He is enshrined in the Doryosondo of Saijoji Temple. There is also the Tengu Room in the Kangaku-in where he conducted ascetic practices.