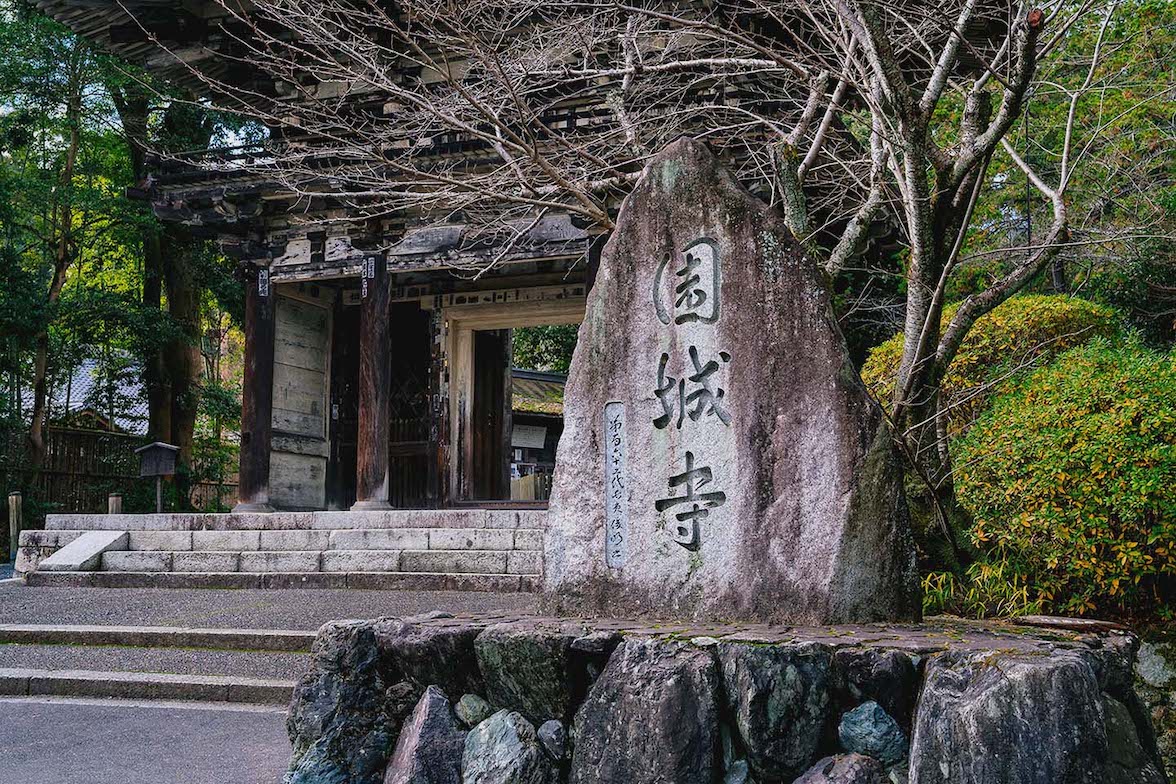 Prince Otomo, later Emperor Kobun, died tragically when the capital of Otsu was abolished. He died at the age of 24 in the Jinshin War and had a child called Otomo no Yota O.
After his father’s death, Otomo no Yota O reportedly moved the building of Sufukuji Temple built by his grandfather, Emperor Tenji, to the eastern foot of Mt. Nagara where their residency was located and the present Miidera Temple is located as the territory of the temple to hold memorial services for his father. Then, Miidera Temple was founded as the request of Emperors Tenji, Tenmu and Kobun in 688. The name Onjoji was given then.