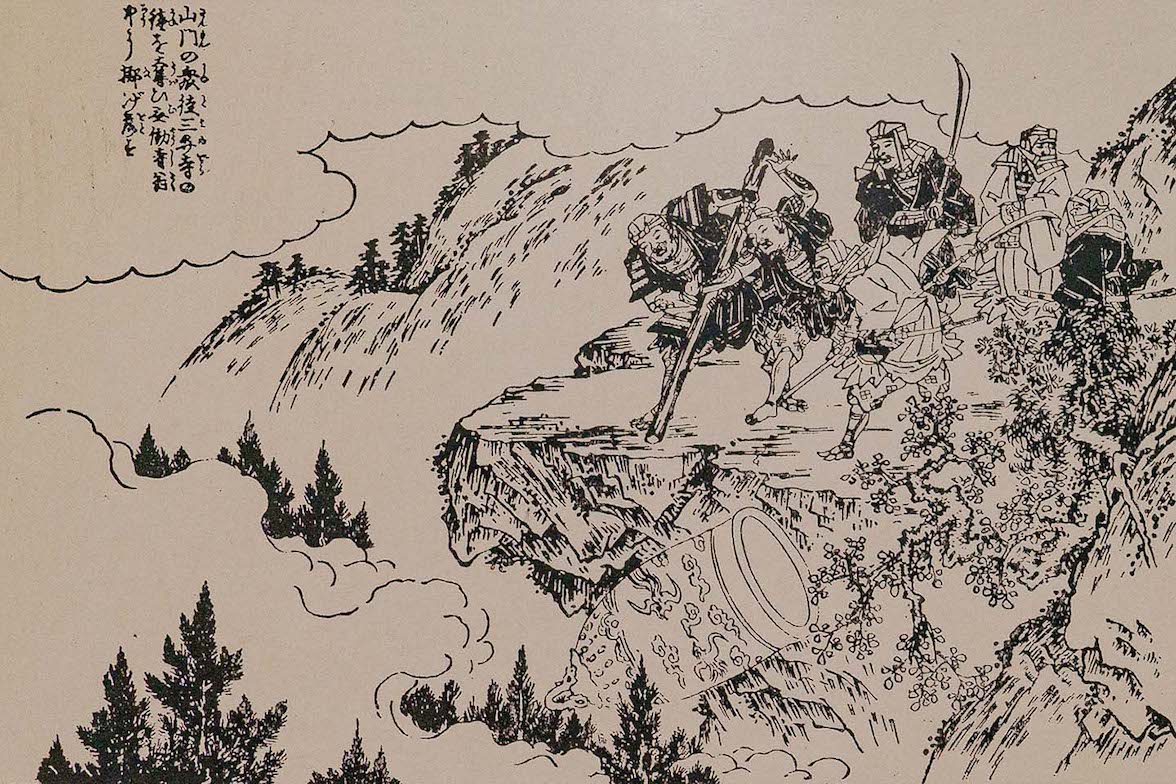 It is said that the dragon god of Lake Biwa gave a bell to Tawara no Tota Hidesato to express his gratitude for the extermination of the giant centipede in Mt. Mikami in Omi. Hidesato then donated the bell to Miidera Temple.
Later, during the battle with Hieizan Enryakuji Temple, a ferocious priest Musashibo Benkei attacked Miidera Temple and stole the bell. He dragged it along to Enryakuji Temple and struck it. It sounded, “Inoo, Inoo”, meaning “I want to go back” in Kansai dialect. Benkei got angry and threw the bell to the bottom of the valley, saying, “Do you so badly want to go back to Miidera Temple?” The scratch marks and cracks that were probably made then can still be seen.
Moreover, the bell reportedly caused mysterious phenomena as signs of future incidents. When something unfavorable was going to happen, the bell sweated, and did not ring even if it was struck. On the other hand, when something favorable was going to happen, it naturally rang. The legend tells what a miraculous bell it is.
The bell is enshrined in the Reishodo.