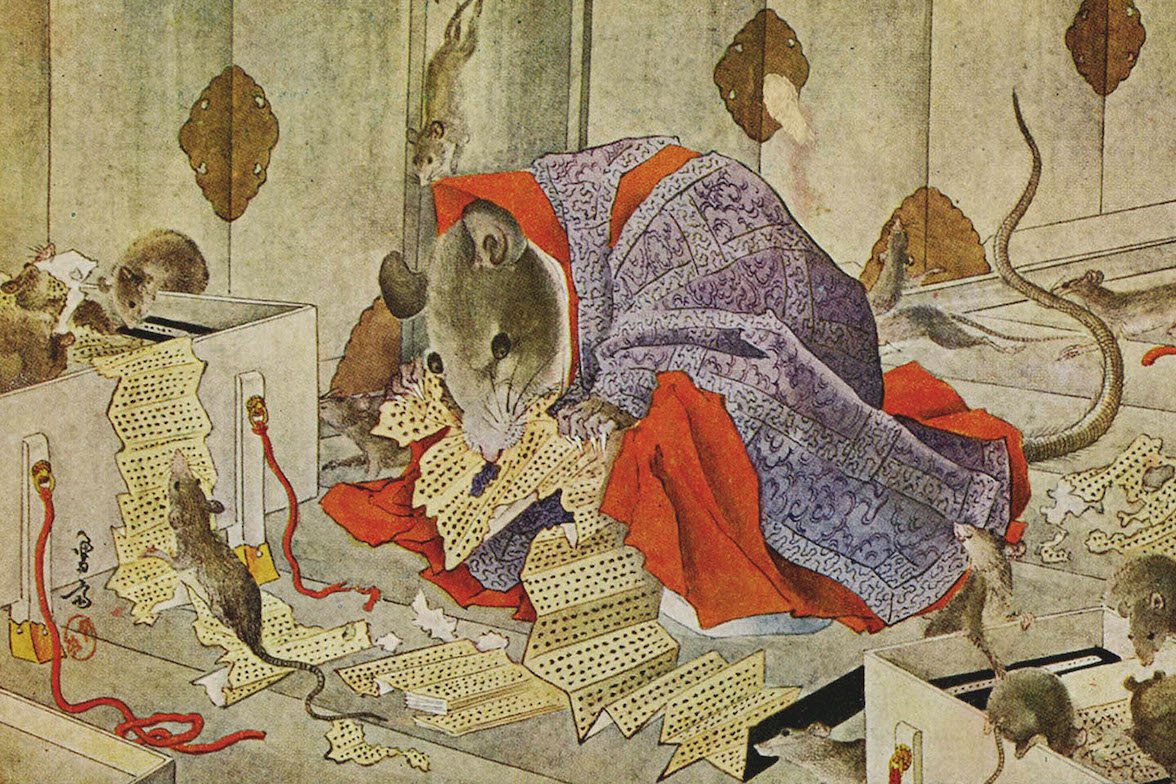 Juhachi Myojin is the deity who protects Miidera Temple and is also familiarly known as “Nezumi no Miya-san”, meaning “rat shrine”. In the Heian Period [between the late 7th and 12th centuries], the Imperial Court ordered a high-ranking priest Raigo Ajari to pray for the birth of a prince. Later, thanks to the prayers, a prince was born. As a reward, Miidera Temple was allowed to build a Kaidan-dojo [a place to be ordained as a Buddhist priest by receiving the commandments of Buddhism]. However, due to the opposition of Hieizan Enryakuji Temple, the permission was cancelled. Furious Raigo performed a goma fire ritual for 21 days and then passed away. His strong grudge turned into 84,000 rats. The rats rushed into Enryakuji Temple and devoured its temple buildings and statues, according to a Japanese historical epic, the Taiheiki.
It is said that Juhachi Myojin Shrine faces north, the direction to Enryakuji Temple, as this shrine enshrines the spirits of those rats.