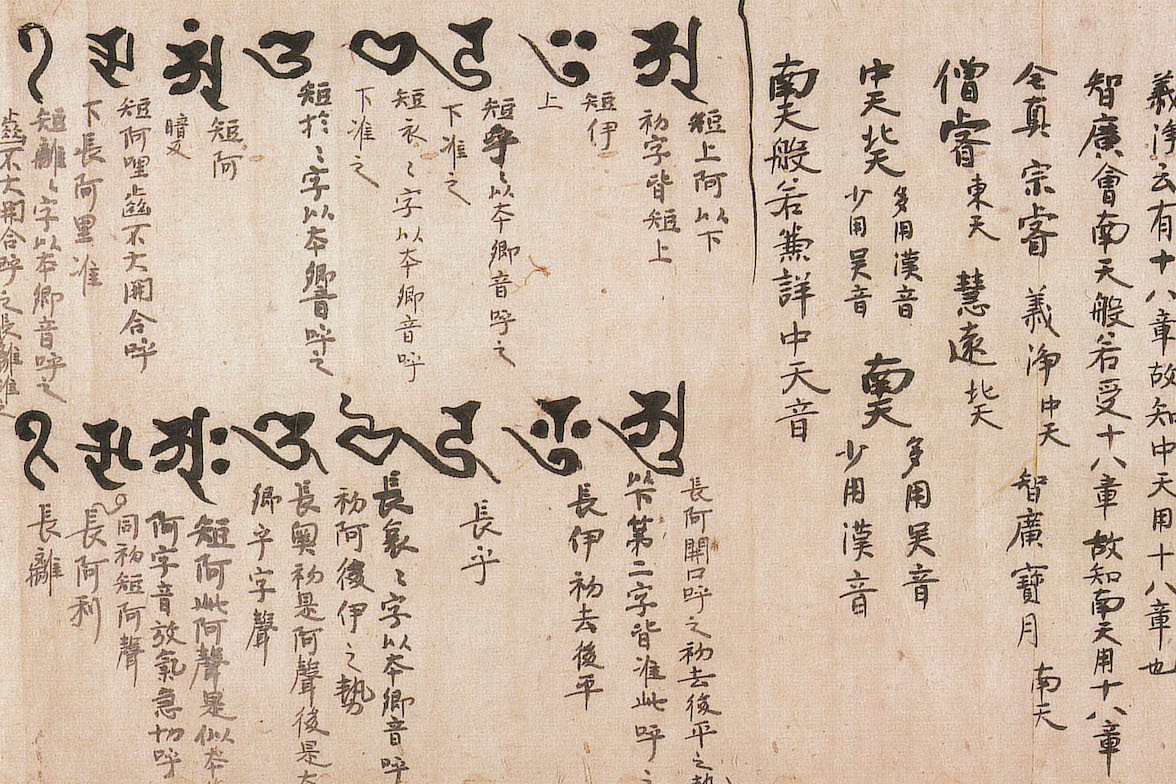 This is a group of sutra scrolls passed down by the heads of the temple from generation to generation with great care. It is called Nioi no Shogyo, the fragrant scriptures, according to the legend of Ishiyamadera Temple. The scriptures were handwritten by the third Head of the temple, Shunnyu Naiku, and was designated as a National Treasure.
Shunnyu Naiku left home at a young age and became a monk under Kangen, a monk from the Ono Branch of the Shingon Sect. Shunnyu secluded himself from the world in Fugen-in, Ishiyamadera Temple.
On October 25, 921, Kangen entered the Kobo Daishi Mausoleum in Okunoin, Koyasan Kongobuji Temple as ordered by Emperor Daigo. Shunnyu accompanied Kangen.
During the ceremony of changing clothes of the principal image, Shunnyu touched the clothes of the statue of Kobo Daishi. It is said that a fragrance was attached to Shunnyu’s hands and has never faded. The scriptures written by such fragrant hands became to be called Nioi no Shogyo. These scriptures are also believed to have Kobo Daishi’s fragrance.

place associated with
The precinct of Ishiyamadera Temple