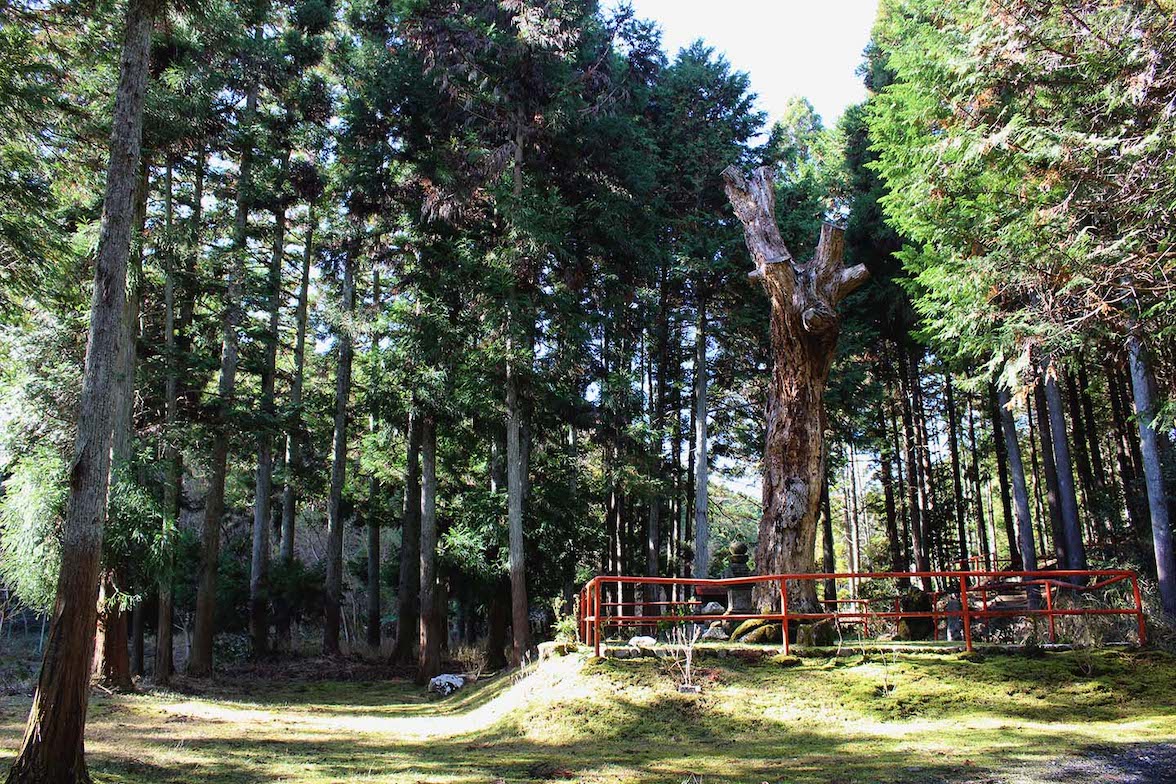 Yoshihira, the first son of Minamoto no Yositomo, was famous for his bravery at his young age and was called “Akugenta”. “Aku” means strong, “genta” means the first son of Minamoto family. His father, Minamoto no Yoshitomo was defeated in a power struggle by Taira no Kiyomori in the Heiji Rebellion. The father and son fled from Kyoto to the eastern provinces. Yoshihira separated from his father on the way and carried on going to the northern provinces to recruit soldiers to fight back. However, when he arrived in Hida, he heard the news of his father’s death and gave up recruiting soldiers. He hid in Kyoto to gain revenge on his own and tailed Taira no Kiyomori and Shigemori, father and son. At that time, Yoshihira was reportedly living in hiding around Ishiyamadera Temple with the help of its monks. According to the Reference of the Tale of Heiji, Yoshihira was captured by vassals of Namba Saburo Tsunefusa around Ishiyamadera Temple on January 25, 1160, and was executed at Rokujogawara execution ground at the age of 20, ending his short life.
A hokyoin-to pagoda still exists under the big beech tree located in the valley, 500 meter westward from the main gate. The pagoda is reportedly the grave of Akugenta Yoshihira. The 1.43 meter-high pagoda was built in the Kamakura period [between the 12th and early 14th centuries]. The area is called “hideout valley” due to the story that Yoshihira lived in hiding there.