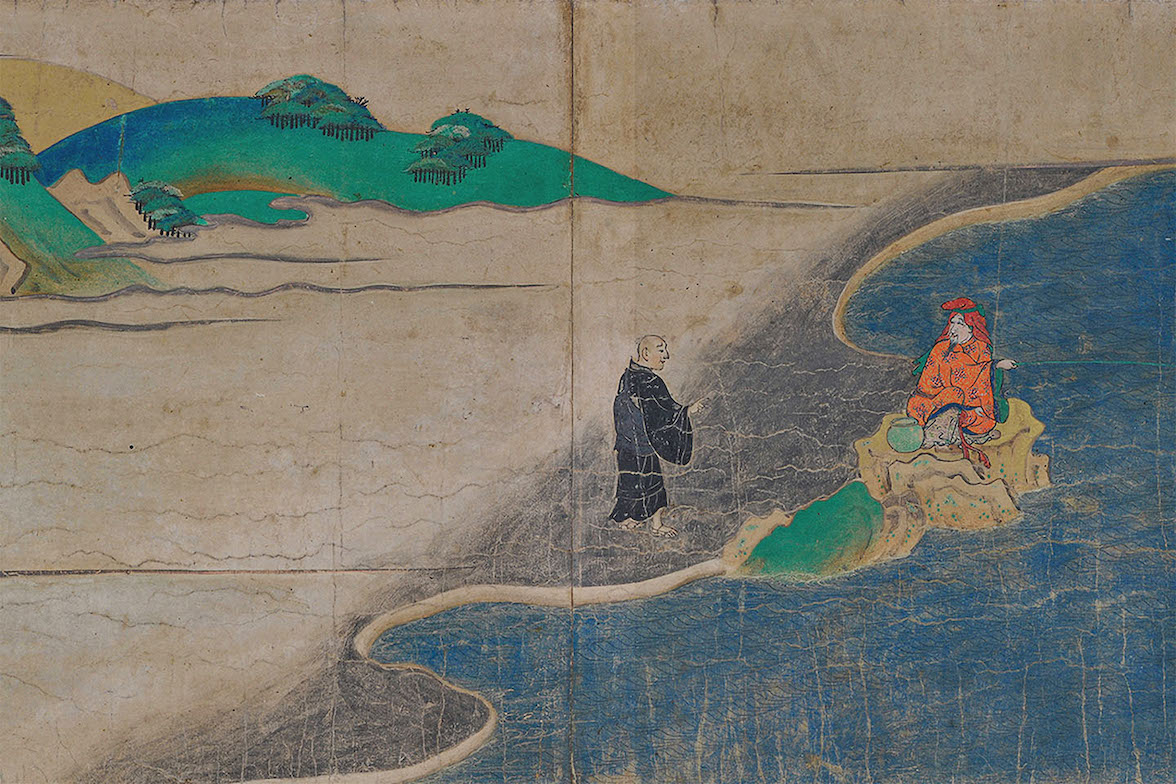 Ishiyamadera Temple is lively with many visitors as the 13th stop on the Saigoku 33 Kannon Pilgrimage. It was reportedly established during the Emperor Shomu’s reign in the Nara period [in the 8th century].
One day the Emperor Shomu came up with the idea of constructing a large statue of the Buddha and ordered Roben, a monk, to search for gold for its construction material. Roben climbed Mt. Kinpusen in Yamato-no-Kuni [now Nara Prefecture], and prayed devotedly to Zao-gongen. He received a message in his dream that his wish would be granted by praying in the sacred ground of Kannon near the lake located in Shiga-gun, Omi-no-kuni [now Shiga Prefecture]. He headed there immediately, and the deity Hira Myojin personified as an old man appeared and led him to the massive rock with the shape of the lotus flower with eight petals.
He went back to the capital and reported the details of what happened there to the emperor. Having returned to the rock with the statue of the emperor’s guardian deity, he enshrined it on the massive rock. He then built a thatched hut and conducted secret prayers. In the same year, gold dust was found in Mutsu-no-Kuni [now Aomori and Iwate Prefectures], and it was offered to the imperial court.
After the secret prayers, the statue of the guardian deity did not make even a slight movement, even if Roben tried to move it. Roben asked the emperor and Hira Myojin for permission to build a temple, with the guardian deity on the rock as the center. This is the origin of Ishiyamadera Temple.

place associated with
The whole precinct of Ishiyamadera Temple