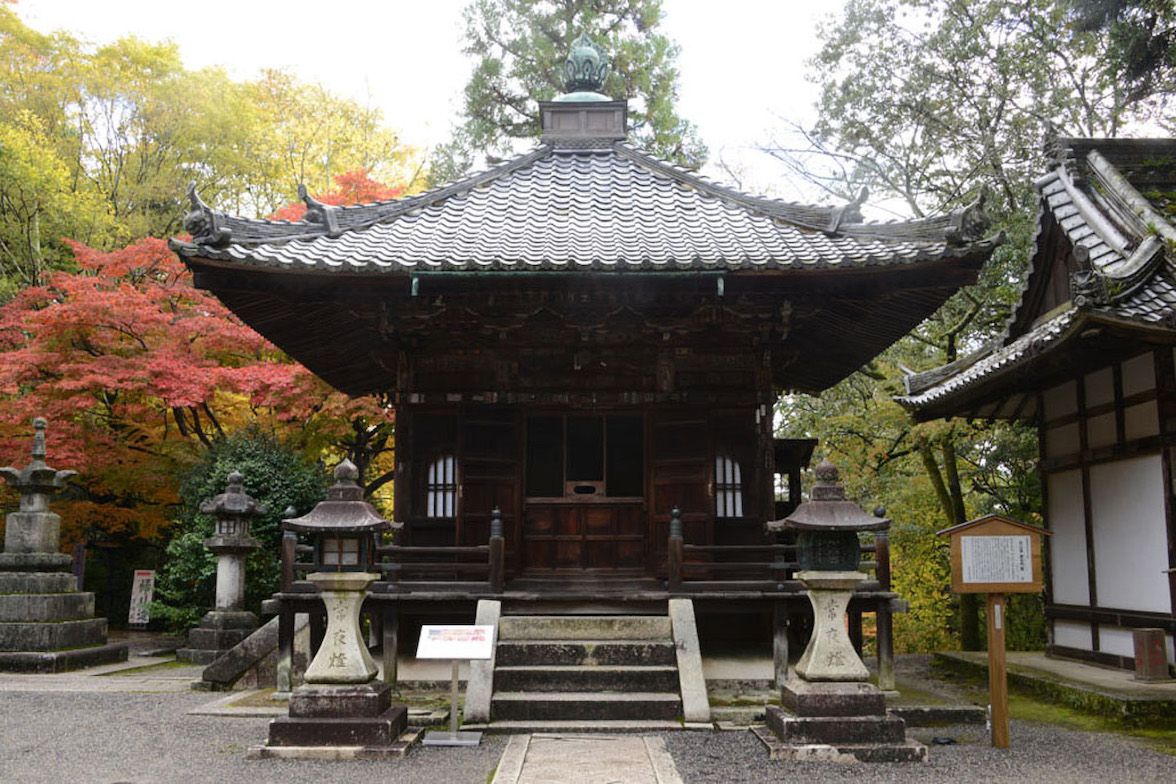 On the East side of this temple resides the Bishamondō Temple, built on the West face of the North side of the Kannon-Do, which enshrines Tobatsu Bishamonten (Heian Era, Important Cultural Property), Kisshōten and Zenni Shidoshi. It is actually a flat square surface, around 5.4 meters wide (3 tatamis), 3.6 meters long (2 tatamis), and its characteristic comes from the fact that it isn’t 3 tatamis long. From the munefuda and “Ishiyama Yoki”, we know that in the 2nd year of the An’ei era, Fujiwara Masakatsu from Kishu deeply believed in Tobatsu Bishamonten and built it. It was a construction method that was processed in Osaka and built at the location itself. It is a valuable building in terms of the origins of construction, the organization, craftsmanship and construction method.