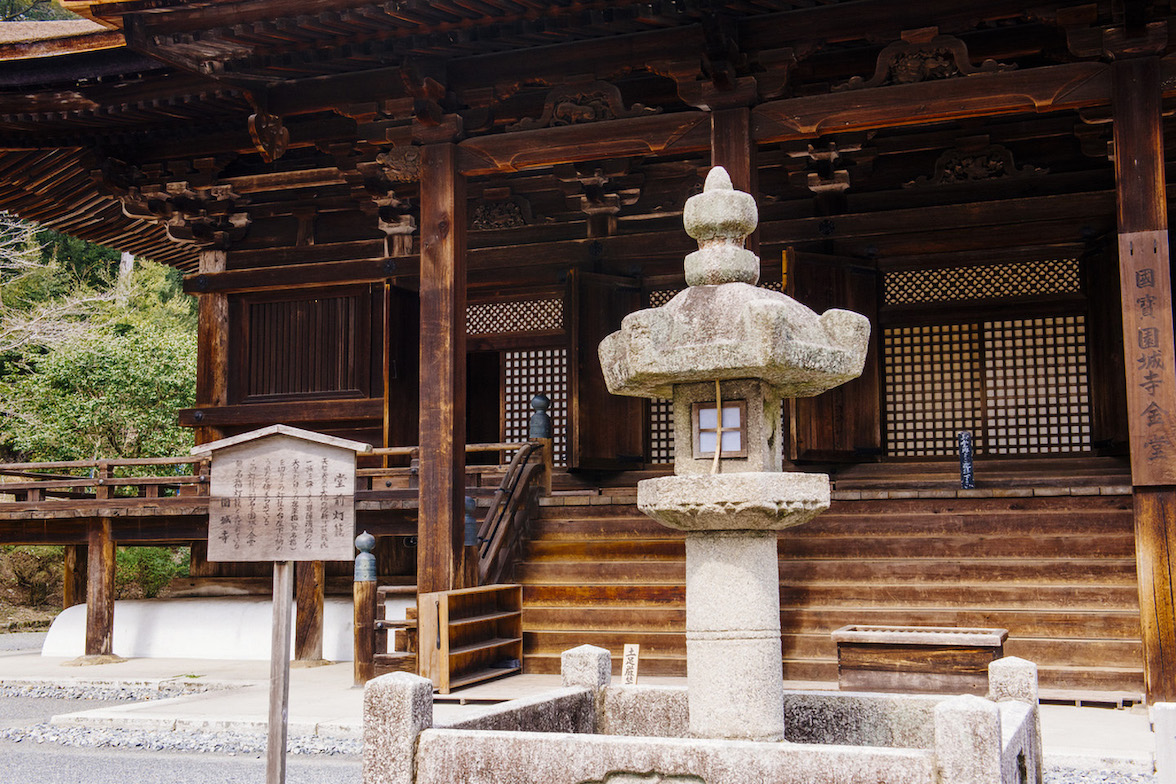 A stone lantern located in front of Kondo. According to the temple story, Emperor Tenchi, who was transferred to the land of Otsu, blessed the beautiful flowers from the sky, when he built Sofukuji temple, with a deep relationship with the Miidera temple in the 7th year of the Tenchi Era (668). It is told that Emperor Tenchi who saw that buried his left ring finger (anonymous finger) in the ground in order to mourn the Soga clan ‘s bodhisattva which was destroyed by the Taika reform. At the Sofukuji temple, ruins remain in Otsu City, which are designated as a national historic site.