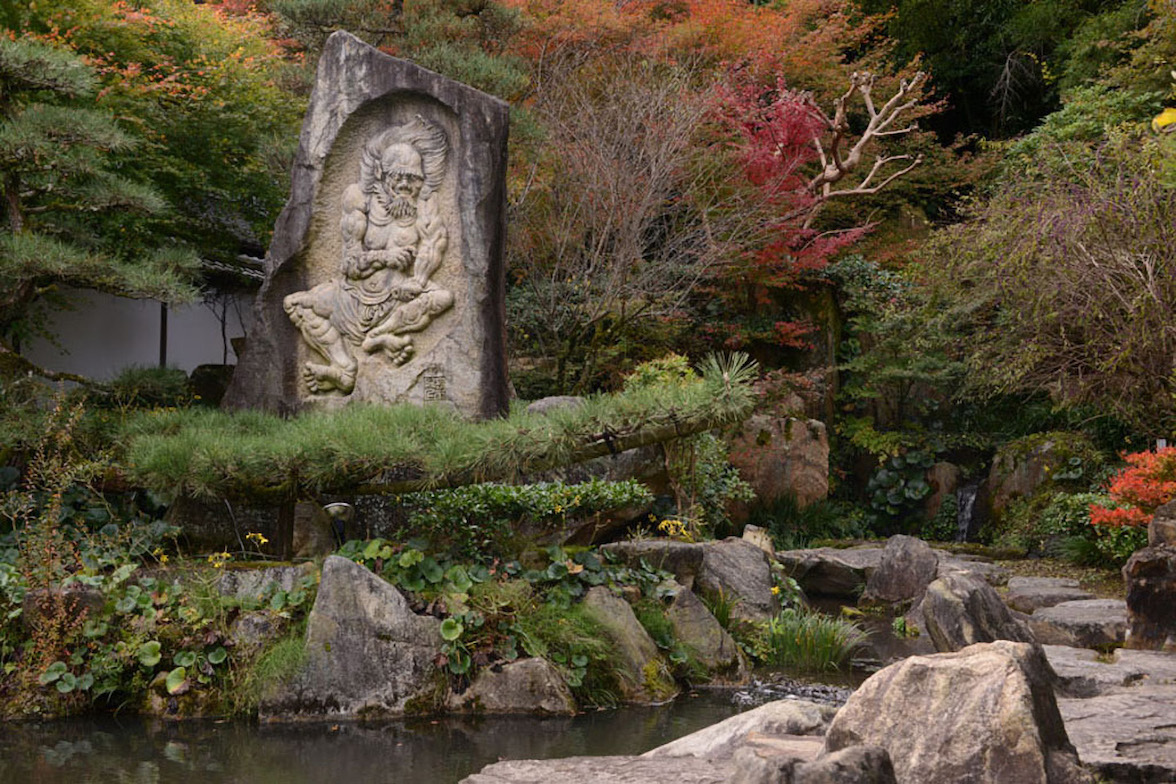 It was built in 1999 in a garden that reminisces the accomplishments of the scholar priest Rocho who collected and maintained scriptures and sacred teachings of the Ishiyamadera temple. After his death, he became a demon and pledged to defend the scriptures and sacred teachings of Ishiyamadera. It is written in the “Ishiyamadera Engi Emaki” that after he died he appeared as a golden demon in front of his disciples. In the center of the garden there is a stone carved in the form of the demon of scholar priest Rocho , who was drawn in the “Ishiyamadera Engi Emaki”.