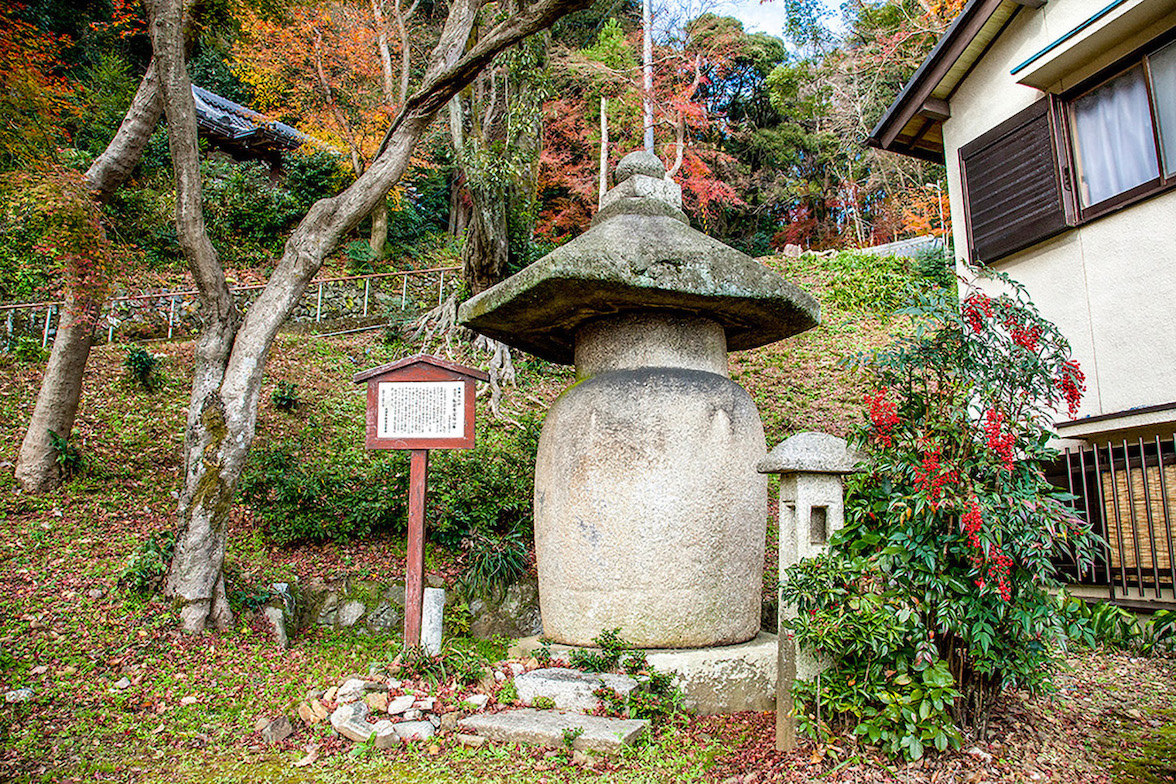 This is a stone tower built at the west side from the former Tokaido in the Chōanji temple’s precinct. Its height is about 3.3 m. The tower is placed on an octagonal stone, with a hexagonal caldron on it, takes another unprecedented form. According to the “Sekidera Temple’s Omen” when the Sekidera temple was reconstruction in this area, a cow which is an incarnation of the Buddha helped transport material and died as the construction was completed, and that is why this two-storied Buddhist tower.
It was built as a memorial service. Because of this history, it is also called the “cattle tower”.