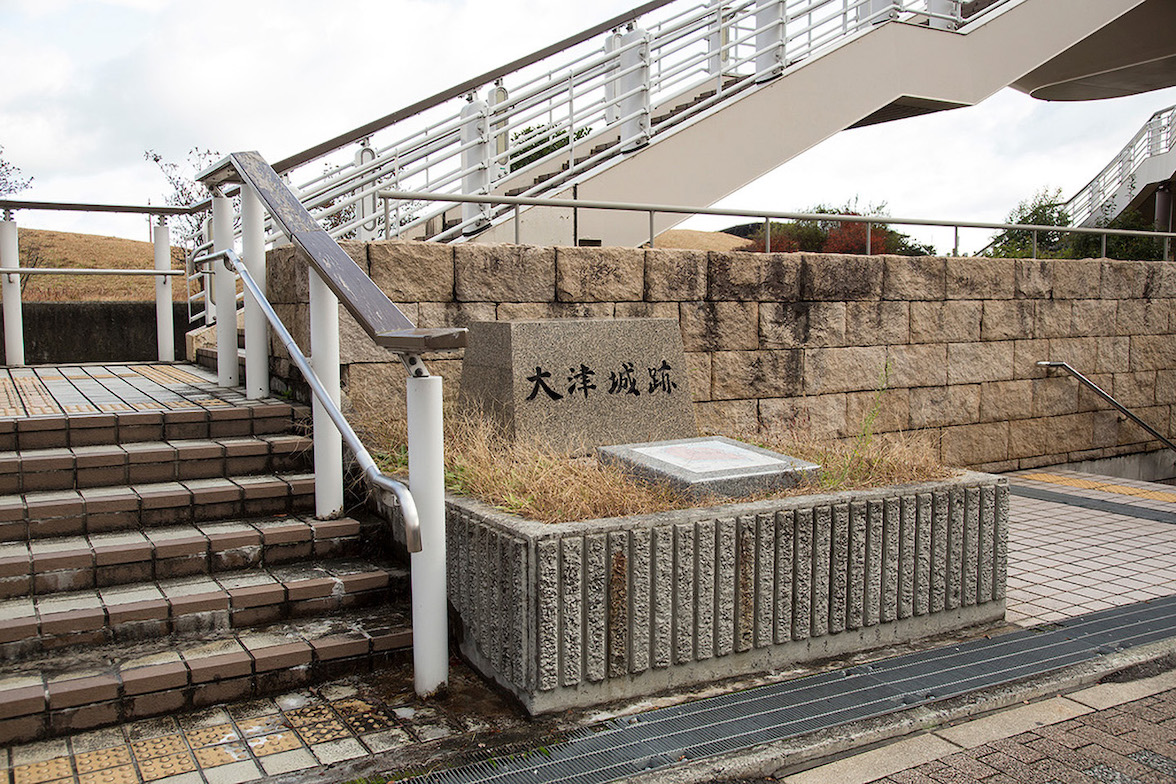 During the Azuchi-Momoyama period, Toyotomi Hideyoshi replaced the Sakamoto Castle and built the Otsu Castle.
Currently, it is believed that the area around the monument of the castle ruins is a remain of the inner citadel and had a large area. In 1980, the remains that seemed to be the stone wall of the castle were excavated, and the parking lot beside the Otsu Festival Hikiyama Exhibition Hall has some remnants that seem to be stone walls of the outer moat.
During the battle of Sekigahara, the castle lord Kyōgoku Takatsugu (1563-1609) who sided with the Eastern Army (Tokugawa Ieyasu side), stopped the army of Mori Motoyasu heading for Sekigahara, won time and it is famous for being a big factor that decided the victory of the battle. It is also well known that Ieyasu performed the postwar processing at the Otsu Castle, and since then the castle was dismantled as an abandoned castle, but some of the materials of the castle tower are said to have been transferred to the Hikone castle.