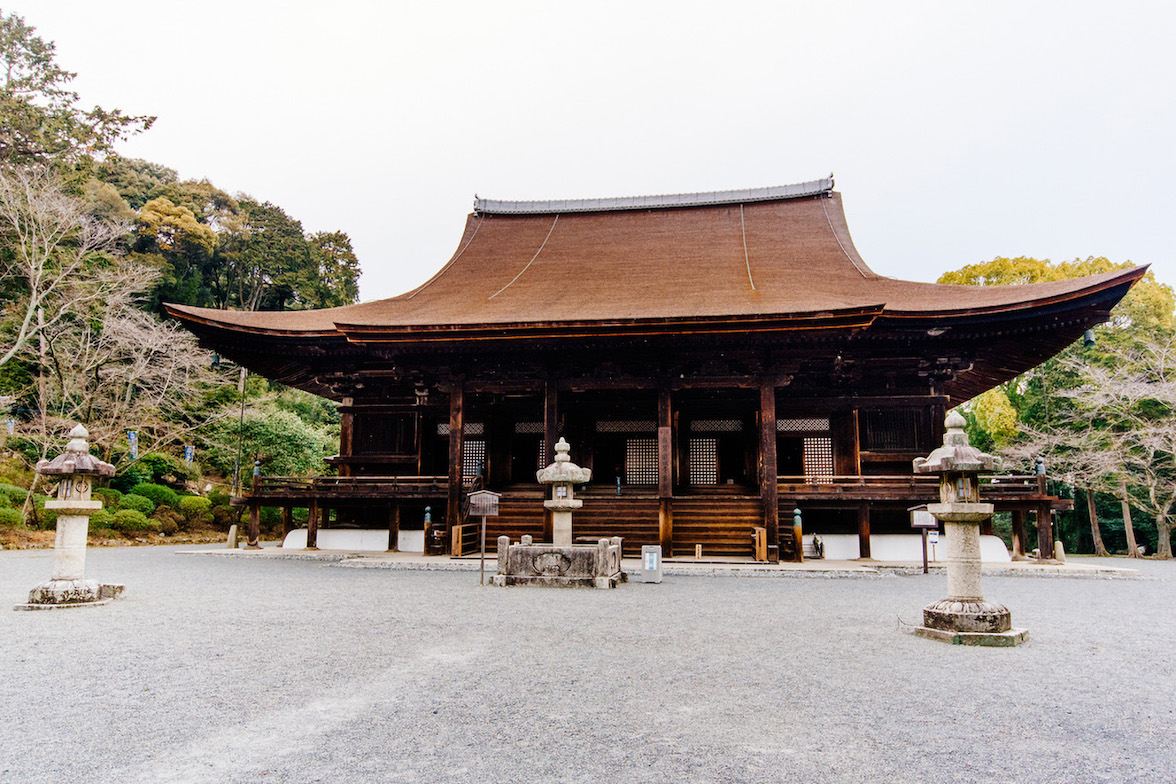 It is the main hall of Miidera. It is a majestic Buddhist hall with more than 23m of depth, famous as a light and beautiful example of architecture with a hiwatabuki style roof on the top of an overshadowing structure. The interior part is separated in naijin, gaijin and kōjin; the object of devotion, Miroku Bosatsu (Maitreya Bodhisattva), installed in the center of the naijin is not directly on the floor but one level under it in the doma which recreate the traditional atmosphere of the Tendai esoteric Buddhist hall. The actual Kondō was rebuilt by Hideyoshi’s wife, Kita no Mandokoro. The building phase lasted from February 1599 (4th year of Keichō Era) to March of the following year, for this reason it is known as a outstanding example of architectural technique of that period. Now, most of the Buddhist statues, like Enkū or Sonjō are installed in the interior.