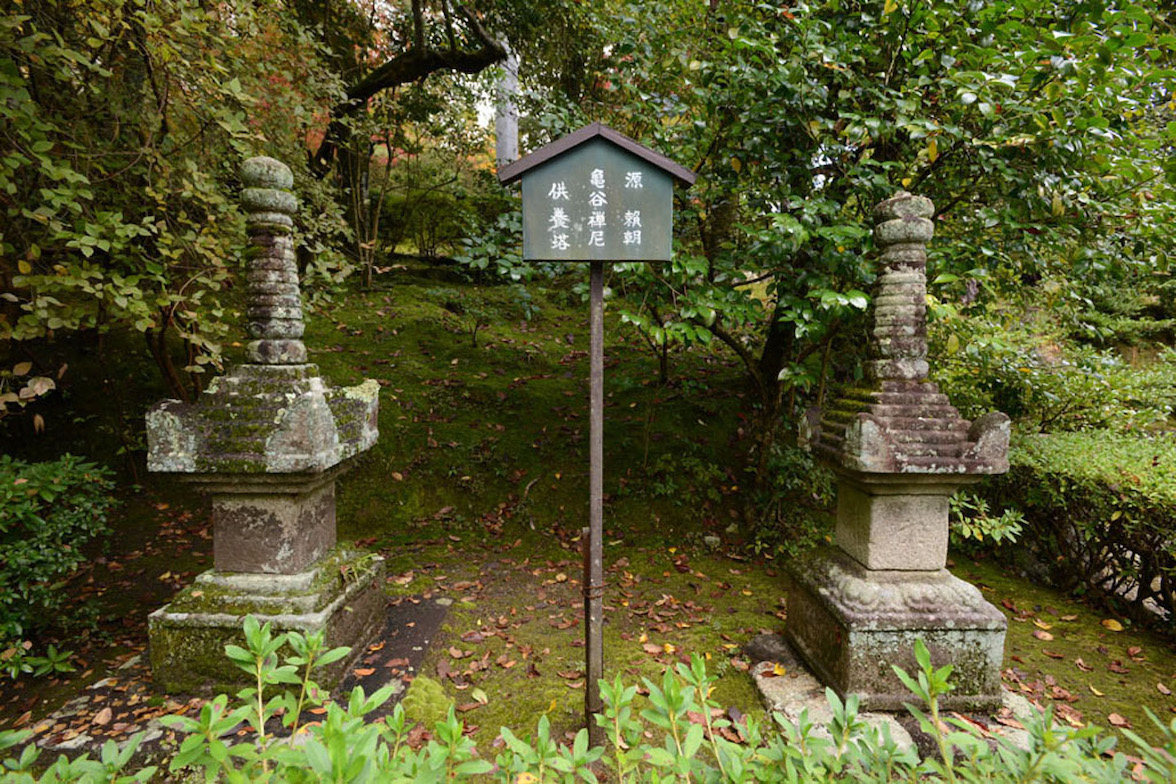 The two Hōkyōin pagodas standing side by side in the northwest of the multi-storied pagodas are said to be Minamoto no Yoritomo on the right and zen nun Kameya’s memorial tower on the left.
Zen nun Kameya is Minamoto no Yoritomo’s second wife’s nursing mother, and she is Nakahara no Chikayoshi’s wife who has done a victory prayer for Ishiyamadera temple’s Bishamonten. After cutting off her hair, she lived in the Ishiyamadera temple and was called Ishiyama’s nun. When the Hodo-In was built, she offered Yorimoto’s hair inside Dainichi Nyorai’s statue and she performed daily religious service and she also encouraged Yorimoto to restore the Ishiyamadera temple. For these two people, it is thought that a posterity man built a memorial tower, the Kameyatsuno Zennni’s Memorial Tower is the Northern and Southern Dynasties and the Minamotono Yoritomo
Memorial Tower belongs to the following periods.