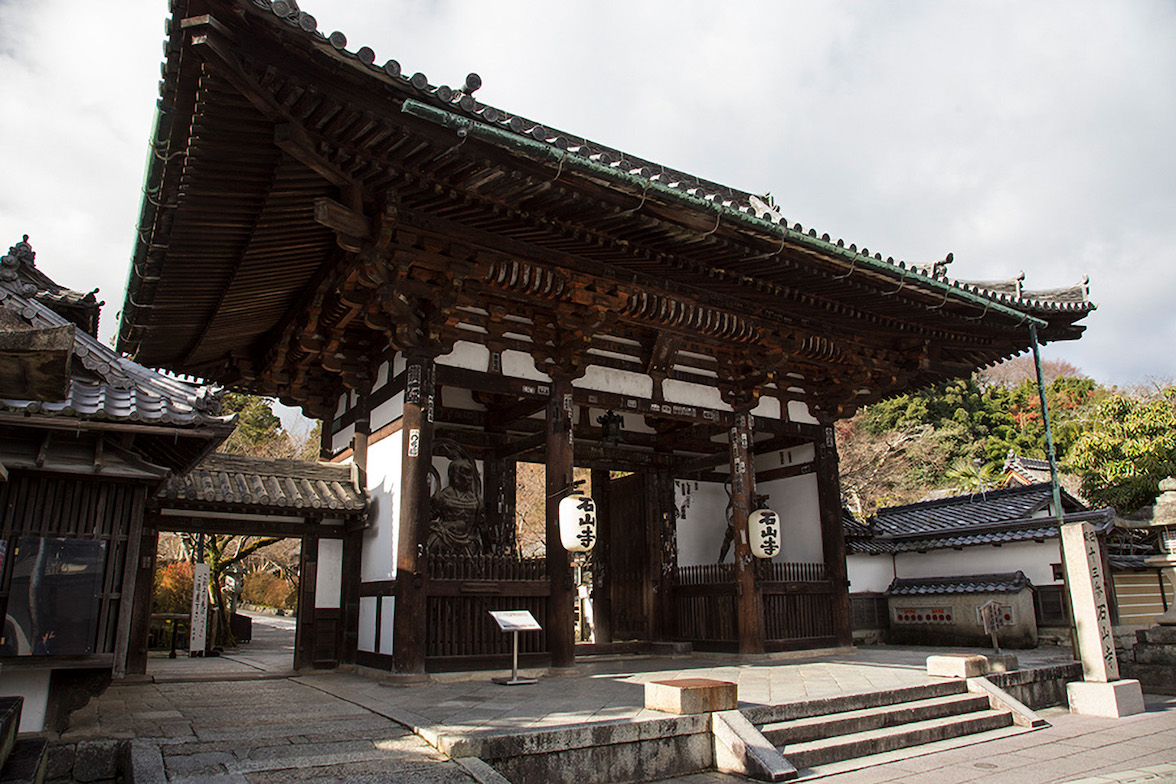 The head temple, Ishiyamadera Temple (Shingon sect), owns temple grounds on the foot of the Garanyama mountain in the first town district of Ishiyamadera. Engi was opened by Roben in the 19th year of the Tenpyō era (747) on Emperor Shōmu’s command, and the temple was later improved in the 5th year of the Tenpyō-hōji era (761). In the latter half of the Heian period, women of aristocracy were made into believers, and afterwards they gathered believers among the common people as the 13th temple of the Saigoku Kannon Pilgrimage
. The temple name comes from wollastonite in the precincts.