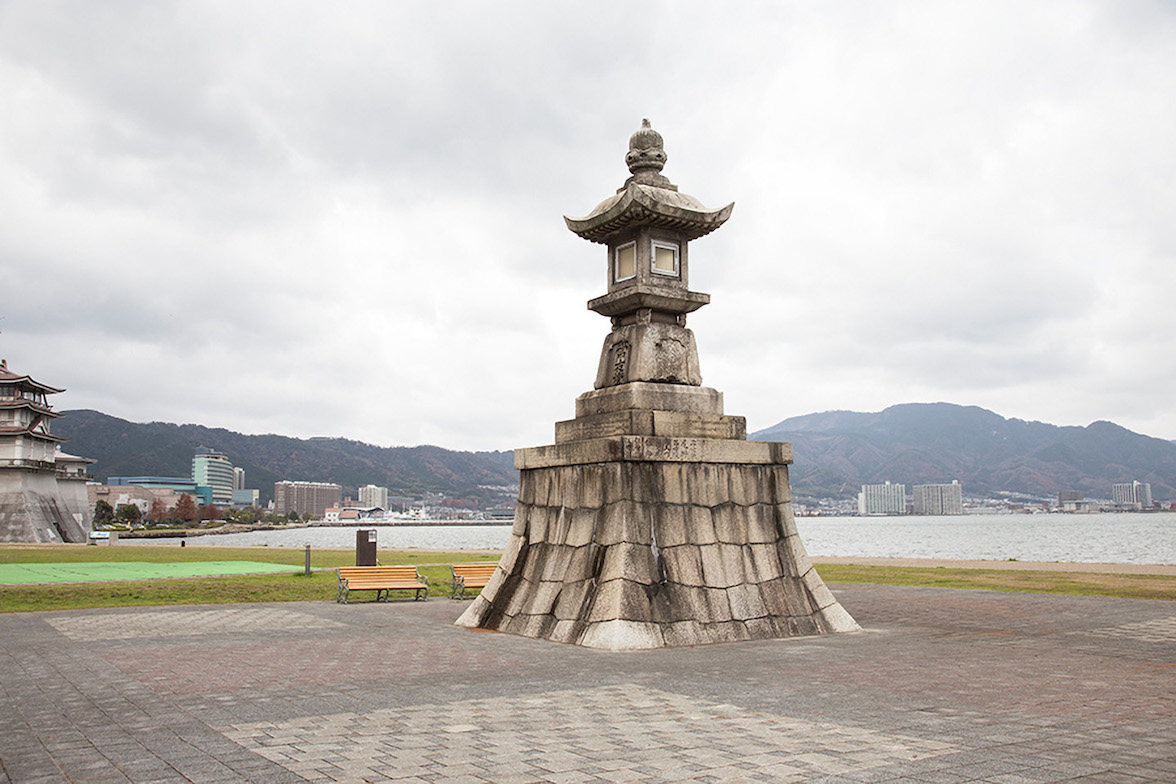 Ishiba’s Perpetual Lamp was built at the end of the Tokugawa shogunate in the 2nd year of the Koku era (1845), and it was regarded as a marker of a ferry between the stone field and the Yabase on the other shore. On the platform of the large Perpetual Lamp with a height of 8.4 meters, the names of ship associates such as Otsu, Kei and Osaka are engraved. It was once located behind the Otsu police station and was moved to the prefectural Biwako Cultural Center in 1964, and it was relocated to this location again in 2005. The photo was taken before the Biwako Cultural Center.