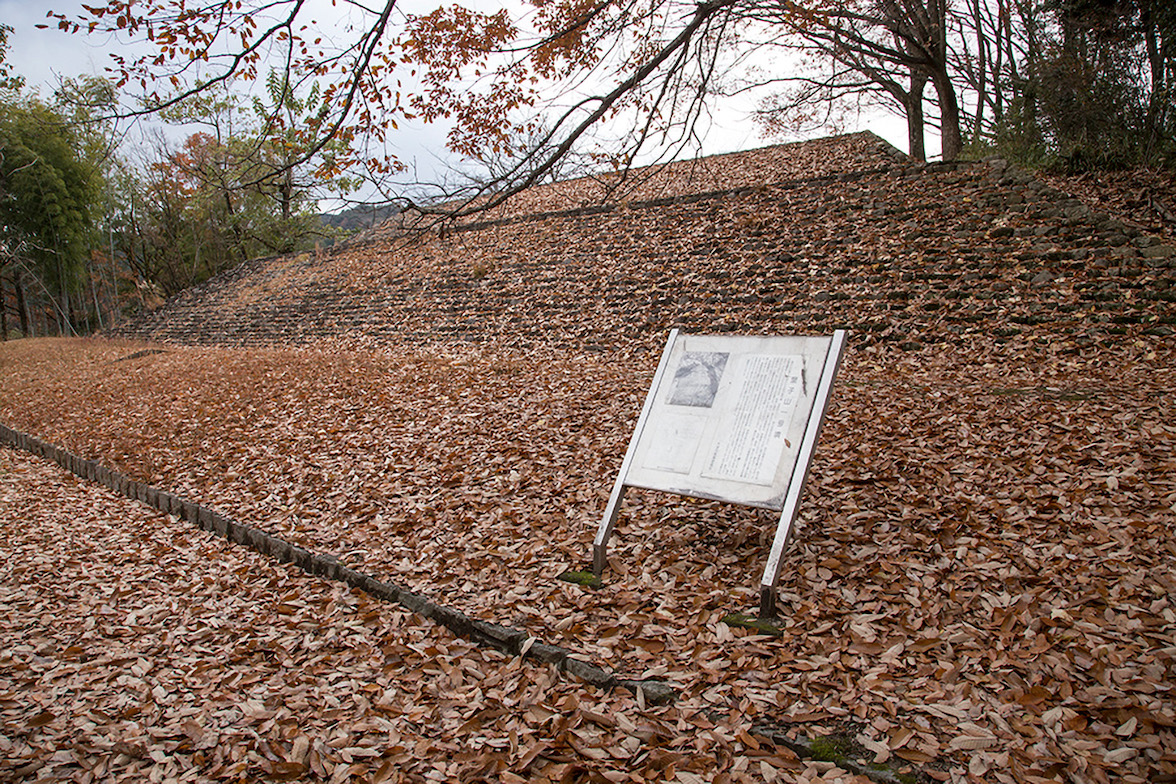 Ōjiyama’s Tumuli (Kofun Group) consists of a few rectangular‐shaped mounds in the Shiga prefecture (Mound No. 1, second half of the 4th century) and circular mounds (Mound No. 2, around the end of the 3rd century). Currently, on the eastern slope of mound No. 1, Fuki-ishi (roofing stones) were laid like the ones at the time of its construction. It has been improvement as an old kofun park, and it is even possible to climb at the top of the kofun (tumulus). It’s a National designated historical site.