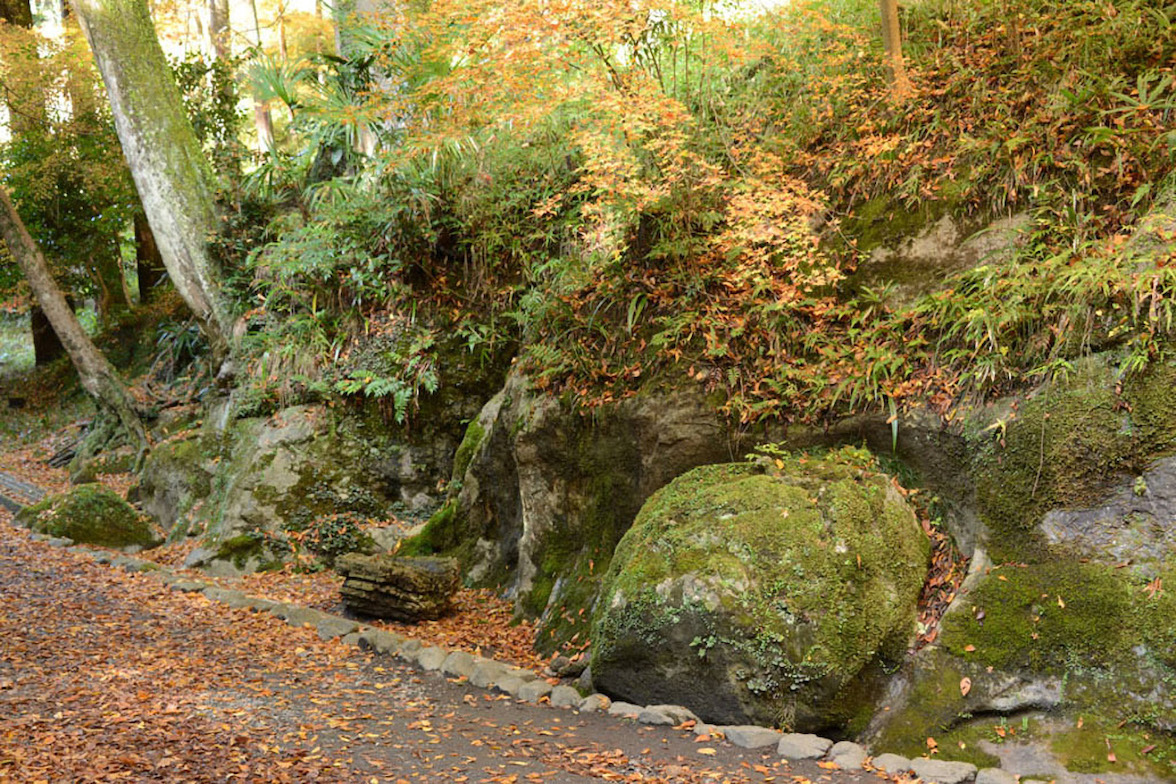 The “Wollastonite” monument is exposed along the road at the quarry site just below the main hall facade, and there are 15 quarry remains. In recent years, it became clear that the stone cut out from here is being used as the cornerstone of Asuka’s Kawadera Chukon-Do (from first half of the 7th century to around the middle of the 7th century). In addition, the tile of the Hakuho period was excavated from another place in the precincts, and before the 19th year of the Tempyo era (747), which is considered as the establishment year of Ishiyama Temple, valuable ruins proving that a temple which was its predecessor are said to have existed.